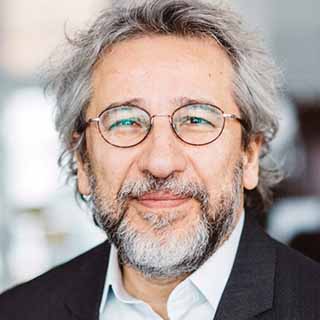 Publishing the Truth is Risky – for Journalists and their Families

Can Dundar, former editor-in-chief of the Turkish opposition newspaper Cumhuriyet, has been shot at, arrested and convicted of releasing state secrets after his paper reported that Turkish intelligence agents were escorting aid trucks carrying munitions to Syria. Even in exile authorities continue to harass, with a court in September ordering the journalist’s assets to be seized. When Dundar moved to Germany, authorities confiscated his wife’s passport and barred her from travel.

Berlin, Germany If you’re a journalist in Turkey, either a reporter or editor-in-chief, you will feel the pressure by the government at different levels.

As a reporter there are obstacles to finding the truth. And as an editor-in-chief, to publish the truth is risky and dangerous, not only for you, but also for the paper.

The decision is always hard for journalists. Either you take the risk and put your life, your family and the newspaper in danger, or keep your silence, which is a kind of betrayal to your profession. I guess that’s how it works in Turkey.

Cumhuriyet had been working on the issue [of Syria aid trucks] for months and had published several stories. When we got the footage of the arms trafficking, of course, this was undeniable evidence.

Before publishing, I asked my editorial board for their opinion, together with our legal team. The editorial board supported my decision to publish right away. But, of course, our lawyers warned about possible consequences.

We decided to publish. We ran the story in the paper and posted the footage to our website. Immediately, then-prime minister, [Recep Tayyip] Erdogan accused me of publishing national secrets and said, “The journalist who did this story will pay a heavy price for this.”

Since then, I’ve been really paying this price.

First, an investigation started. Then prosecutors asked for two life sentences for me for releasing state secrets and endangering Turkey’s national security and supporting terrorist organizations or whatever. But they didn’t deny the story.

So, in the end, I was sentenced to five years and 10 months’ imprisonment for releasing a state secret. I was shot at in front of the courthouse and spent three months in jail. In the end, I found myself in exile.

From Turkey to Germany

When I decided to stay in Germany, I called my wife to join me. But the government decided to take her as a hostage. They stopped her at the airport and confiscated her passport without any reason. There was no investigation against her. It was just to punish me.

It was kind of a hostage-taking policy, which we haven’t seen in any time in our history, not even during the military administrations. They put journalists in jail, but they never touched the families. Pressuring the families to get back at journalists is something new.

It was quite tough, and we had to spend three and a half years separated. We tried every political, diplomatic, legal way, but nothing worked. In the end, my wife had to leave Turkey illegally, leaving her family and all our assets behind. That’s the high price for journalists.

After arriving in Germany, [colleagues and I] launched our website Özgürüz, which means “We are free,” thinking that we will be free soon in Turkey and giving the message to the Turkish government: “Now, we are free, and you can’t stop us,” which is true, even though it’s still difficult.

People in Turkey are unable to reach the truth via Turkish media. They started to listen to our radio, and I started giving messages every day, sort of a commentary. We are publishing news that isn’t possible to be published inside Turkey.

We have a lot of people working for us. Our connection with our audience, with our readers and listeners, is still going on. Each time we were blocked by the Turkish government, we found new ways to reach our audience, and they found ways to listen to us.

This interview has been edited for length and clarity.
Turkey’s Foreign Ministry did not respond to VOA’s request for comment. 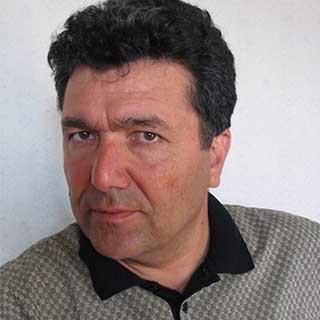 ‘They Have to Denounce Me’

Ak Welsapar, founder of the podcast Erkin Turkmenistan, is unable to contact his family and was refused permission to visit his dying parents in Turkmenistan.