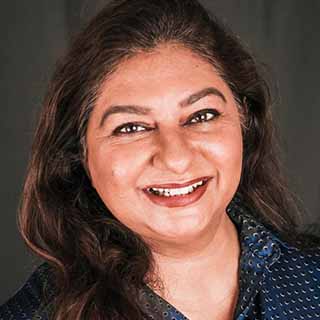 ‘Our Home Was Ransacked’

In November 2012, gunmen opened fire on Marvi Sirmed’s car. The journalist escaped without injury, but the incident marked a culmination of years of harassment and threats against Sirmed and her family. Her home has been ransacked more than once, and personal details of family members, including her parents, were shared online with a call for them to be attacked.

USA After leaving the Daily Khabrain, one of Pakistan’s most widely circulated Urdu-language papers, in 1997, I became a political commentator for different TV channels. I also wrote for The Nation and Daily Times and worked with the United Nations. I should have been secure, but it was never secure for me.

One time, a government official contacted me. He kept talking about my daughter, saying things like “How is she?” and asking about her school.

This is something that sends a chill down your spine when you are the mother or father of a young kid.

In our case, we were doubly insecure because my husband is also an investigative journalist.

From Pakistan to the United States

Even after moving to the U.S., I remained concerned for the safety of my mother and my father-in-law back home.

Their addresses were made public on the internet and social media, and people were asked to attack them. There was no attempt to threaten them directly, but they were threatened because they were related to me.

When we were still in Pakistan, multiple times our home was ransacked and our gadgets, data sticks, computers, laptops, phones, even our travel documents, were confiscated. It was made to look like a robbery.

The police did not help much. Off the record, they kept telling us it is “them,” meaning intelligence agencies.

Editor’s note: In 2012 gunmen fired at a vehicle Sirmed and her husband were traveling in.

At that time no group claimed responsibility for the shooting.* Whatever evidence was there, for example the shells of the bullets, disappeared from police custody. Only one witness came voluntarily. We did not know that person. He died in suspicious circumstances at his home after one year or so.

That case is still going on. We are completely out of the loop. We are not being informed by the government of anything that happened related to the case.

Now my husband is with the South Asian Free Media Association. He is on its board in an advisory capacity, but he is still the target of abuse.

And my daughter had to face trolling on social media, which was very traumatic when she was a teenager. Now she has turned 21, but she faced all of that abuse and trauma.

This interview has been edited for length and clarity.
Pakistan’s Foreign Ministry did not respond to VOA’s request for comment. 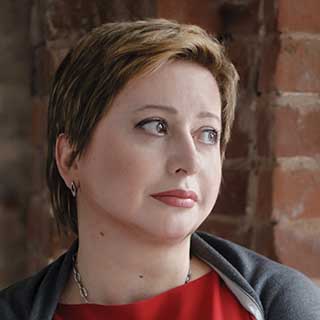 ‘All of My Family Had to Leave’

Harassment from Moscow follows Olga Romanova wherever she goes.