Interrogated and Isolated, but Never Silenced

In September 2001, the Eritrean government banned the independent press and arrested journalists in a mass crackdown. Aaron Berhane, co-founder of Setit, one of the country’s first independent papers, went into hiding until he could flee across the border. In response, Eritrea jailed his brother and a cousin for two years and called his wife in for questioning every time Berhane published a new article about corruption or wrongdoing in Eritrea. The two were finally reunited, and Berhane now teaches journalism at the George Brown College in Toronto.

Toronto, Canada I co-founded the first independent newspaper in Eritrea, which is called Setit. I was editor-in-chief of that newspaper and we were doing really very well, you know, to increase awareness and to put pressure against that government [ …] to work hard toward democracy.

Unfortunately, it was not an easy road. Finally, the government was not happy about the criticism. So, he shut down my newspaper and seven independent newspapers. So when they came to arrest me, I managed to skip. Unfortunately, all my colleagues are still in jail, so I’m one of the few Eritrean journalists who managed to flee the country.

I was in hiding for 103 days to be exact, inside Asmara [Eritrea’s capital]. So, I had no communication with anyone. Finally, I found a smuggler and managed to cross to the border.

We were encountered by the Eritrean army at the border of Girmaika, Sudan. They opened fire.

I was really lucky I managed to escape. Unfortunately, my colleague and the smuggler, both of them were captured on the spot.

So I assume, you know, I was happy and everything is going to be fine. But that wasn’t the case.

From Eritrea to Canada

They came after my family. So they arrested my brother and my cousin, who had nothing to do with the work I was doing as a journalist. But as a reprisal, they just came after them because they know how the Eritrean society operates.

For my mother, it was all the same. You know, whether I went to jail or my brother or my cousin, it is all the same. So it was very, very painful experience. So my brother was arrested for two years. They didn’t file any charge against him. He was not brought to any court.

Even my cousin, the same thing. He was arrested for two years and he was not charged.

So my brother and my cousin were the first victim. But what happened to my wife is also really worse.

She was interrogated by the national security. And she was asked to present the list of my friends and their social friends or work friends. And she was asked, you know to provide the documents that they weren’t able to find in my office when they shut down the newspaper and she told them, you know, she knew nothing about this.

She was supposed to go to the police station twice a week, for about six months, simply to answer trivial questions.

And it was very, very painful for her. Even when I came here.

Of course, they didn’t arrest her. But the psychological pressure, trauma, that they put on her was worse than that because she had three young children to look after. And she is a teacher. She has also to work. And she had so many isolation from the social network because they were afraid.

I never stopped writing or criticizing the Eritrean regime. So whatever I do here, it impacted her negatively. In 2006, I wrote an article in Asmarino.com. I had a blog about the educational system in the country.

So the next day, national security agents they visited her house.

And she didn’t even know about it because, as you know, no one has access to the internet every day in Eritrea. So, she was asked if she’s the primary sources of that news article about education.

And she told them what she doesn’t know what they are talking about. But they warned her again if she really wants to live in this country in peace she has to convince her husband not to write anything against the government.

But luckily she is a strong woman. She had to overcome challenges. And finally in 2009, so we managed to smuggle them outside of the country.

This interview has been edited for length and clarity.
Eritrea’s Ministry of Information did not respond to VOA’s request for comment. 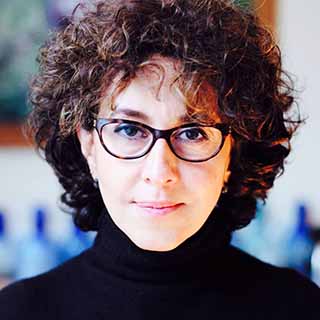 ‘How Is Your Daughter Doing?’

“These kinds of pressures energize you. They show that what you are doing is very important and that you have to continue,” says Nazenin Ansari, an Iranian journalist.