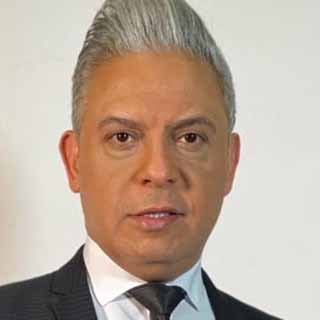 A Father Gone, A Brother In Prison

Moataz Matar started a social media campaign to draw attention to the plight of his brother, who was jailed in retaliation for Matar’s journalism. Cairo responded by raiding their mother’s home and arresting two other siblings. Since 2015, when Matar was sentenced in absentia to 10 years in prison on anti-state charges, authorities repeatedly harassed his family.

My brother Montaser, who was detained for several days in 2016, fled Egypt after his release.

In 2017, my father and two other brothers, Moaz and Muhannad, were arrested for 10 days.

My father was a well-known football player and coach in Egypt for the professional Cairo club al-Ahly SC. After he was released from prison, he was fired.

My father loved his profession so much. He couldn’t handle the loss of his job and passed away in October 2017.

From Egypt to Turkey

My younger brother, Moaz, was arrested again in Cairo in 2018. Our family didn’t know his whereabouts for six months. He remains in custody.

I started a campaign on social media – “You are not alone” – to shed light on his case and what detainees go through. One week later, in March 2019, security forces raided my 67-year-old mother’s house. They arrested my brothers Mo’tasem and Muhannad, along with their wives and four children. The wives and children were released after few hours, but my brothers remain in prison. No one knew their whereabouts till later in 2019, when they were taken to a court in Cairo.

The scale of the crackdown on Egyptian journalists and dissidents is getting worse, especially when authorities resort to arresting family members and relatives.

Editor’s note: As part of its pandemic restrictions, Egypt barred visitors from prisoners.

After the spread of the coronavirus, visiting my brothers became almost impossible, and the families of the detainees don’t know much about family members in prison.*

I worry about my mother and sister, and my brothers’ wives and children. The men in the family either fled Egypt, are in prison, or, in my father’s case, died from a broken heart.

This interview has been edited for length and clarity.
Egypt’s Foreign Ministry did not respond to VOA’s request for comment. 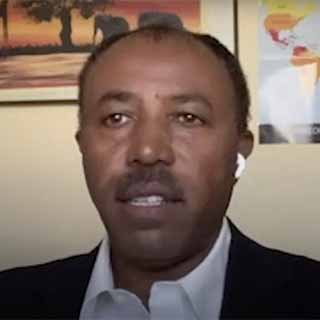 Interrogated and Isolated, but Never Silenced

“Luckily she is a strong woman,” exiled Eritrean journalist Aaron Berhane says of his wife, who was repeatedly detained for questioning by authorities.