For Millennia, Marriage Was About the Transaction

Throughout much of human history, marrying off a girl has been a way for a family or a community to obtain protection and access to connections or power.

Why marry? Until very recently, the answer involved power, connections and protection, not just for the bride, but for entire families, and sometimes even entire communities or countries. Marriage was a transaction that love could not sway.

As part of Voice of America’s “The Worth of a Girl” project, we spoke to experts who have researched marriage through the ages. The United Nations Sustainable Development Goals call for eliminating child marriage by 2030, a practice that affects millions of girls and boys every year around the globe. Given the history of marriage and human behavior, meeting that goal will be a very steep climb. 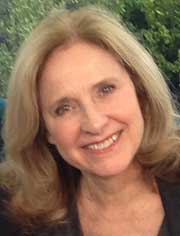 More than 4 million years ago, humans’ predecessors moved from the shelter of trees onto wide-open grasslands, and females evolved a desire to find mates for protection and help with child rearing, according to Helen Fisher, a biological anthropologist based in New York City. Males, meanwhile, sought to protect and provide for their offspring, she says.

Those twinned desires evolved into what’s known as “pair bonding.”

“We also evolved a very strong attachment system in the brain to stick with this person at least long enough to raise a child through infancy,” says Fisher, a senior research fellow at the Kinsey Institute for Research in Sex, Gender and Reproduction at Indiana University.

Long-term pair bonding, or marriage, took hold about 10,000 years ago, as humans began farming and needed families to cope with field and domestic work, she says.

Marriage also became a key marker in the transition from youth, says Stephanie Coontz, author of “Marriage, A History.” Patriarchs who controlled access to young women in their communities would host feasts, she says, and families of the young women who wanted to make a connection would attend. As the concept of social status developed, a male’s ability to wed a beautiful or very young female contributed to the notion of a girl becoming “a commodity to a poorer family,” says Coontz, who is a faculty member at Evergreen State College in Washington. Girls who didn’t meet this criteria were also valuable in the marriage market, she adds, mostly for their labor.

Marital alliances have long involved class, with girls married off by their parents for access, influence and power, Coontz says. Royal children were often married, or at least betrothed, in order to secure the right in-laws. These unions validated military alliances, solidified territorial claims and consolidated sovereign interests.

In 15th and 16th century Europe, Austria’s Hapsburgs so perfected the art of gaining territory and building political alliances via marriage that they were recognized in the saying, “Bella gerant alii, tu, felix Austria, nube!” (“Let others wage war, you, happy Austria, marry!”)

In West Africa, Yoruba kings offered their children in marriage to fellow royals as a matter of dynastic policy. In South America, the Incas used marital exchanges with surrounding ethnic groups to expand their empire. And throughout Asia, ruling dynasties have consolidated power, opened trade opportunities, expanded territory and eased ethnic divisions with marriages.

Today, poverty and the lack of options for young women to study and become economically independent are the big drivers of child marriage worldwide, says Coontz. And if they are in a society based on kinship obligations, families are putting them “under huge pressure” to marry.