The differences between Cambodians are growing and may play a role in the July 29 election.

Cambodia is a young country, with some 65 percent of the population under the age of 30. Most of its people live in rural areas. And most of the rural areas are poor. 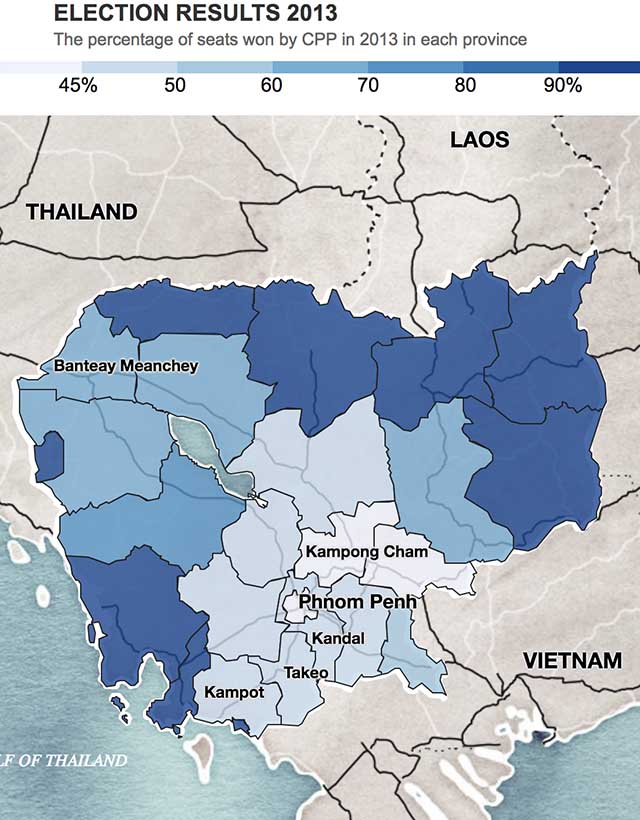 Against that backdrop, political power in the country has shifted away from the ruling Cambodian People’s Party (CPP) to the main opposition Cambodia National Rescue Party, which has gained more chiefs and council members in local commune elections while picking up seats in the National Assembly.

At the last national election in 2013, the CPP took 55 percent of the total 123 seats and the CNRP took 45 percent, according to results tabulated by the Cambodia’s National Election Committee (NEC). In the 2017 commune election, the CPP took 56 percent of 11,572 commune seats – both the chiefs and the council members – representing 1,646 communes. The CRNP took 43 percent, or 5,007 commune seats. 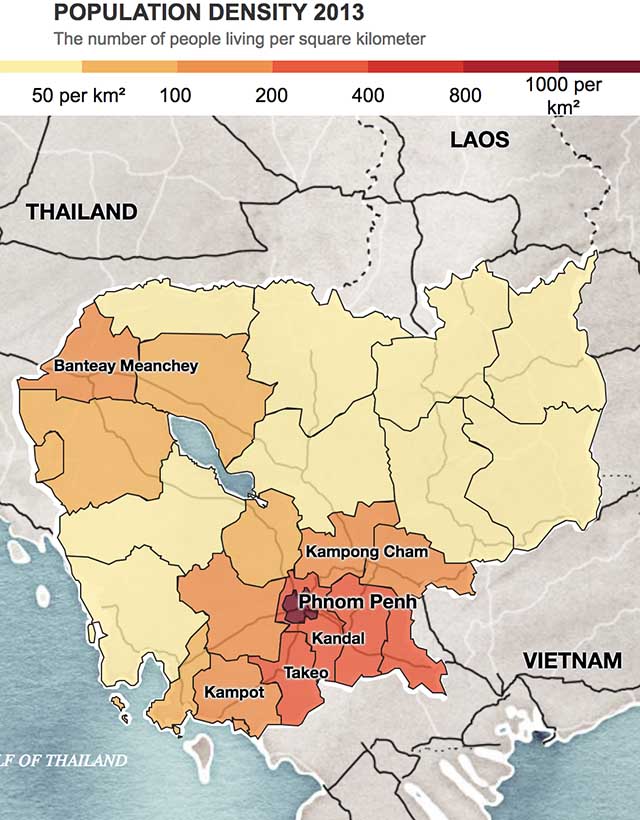 Disapproval of the ruling CPP grew among urban voters, but whether that trend continues in next month’s national election will be hard to track by counting votes. That’s because the Supreme Court dissolved the CNRP in November, part of what critics say has been an unprecedented crackdown on dissent by Prime Minister Hun Sen and his government. This has included dissolving the CNRP, jailing its president and other party officials, closing the independent newspaper, The Cambodia Daily and restricting the right of assembly and protest, both central to liberal democracies.

Demographic data and election results analyzed by VOA show that the CPP’s support has been strongest in rural areas, where the need for electricity, clean water, educational achievement and jobs is most acute. In last year’s commune elections, the CNRP won more commune seats in the capital, Phnom Penh, and other more developed provinces such as Siem Reap and Kampong Cham and Kampong Thom, the CPP lost to the CNRP. In Phnom Penh alone, where 899 commune seats were in play, the CPP took 431 and the CNRP won 468. In Kampong Cham, Hun Sen’s home province the CPP took 380 and the CNRP took 435 of the 817 commune seats.

Historically, voter participation in Cambodia has been falling in the national election, when 90 percent of the 4.7 million registered voters turned out in 1998. By 2013, the last national election, 68 percent of the about 9.7 million registered voters turned out. The NEC cleaned up voter rolls between the two elections to eliminate duplicate registrations and other errors.

Will the CPP deliver the infrastructure improves rural voters want? At this point, the only certainty is that the CPP will win the July 29 vote. 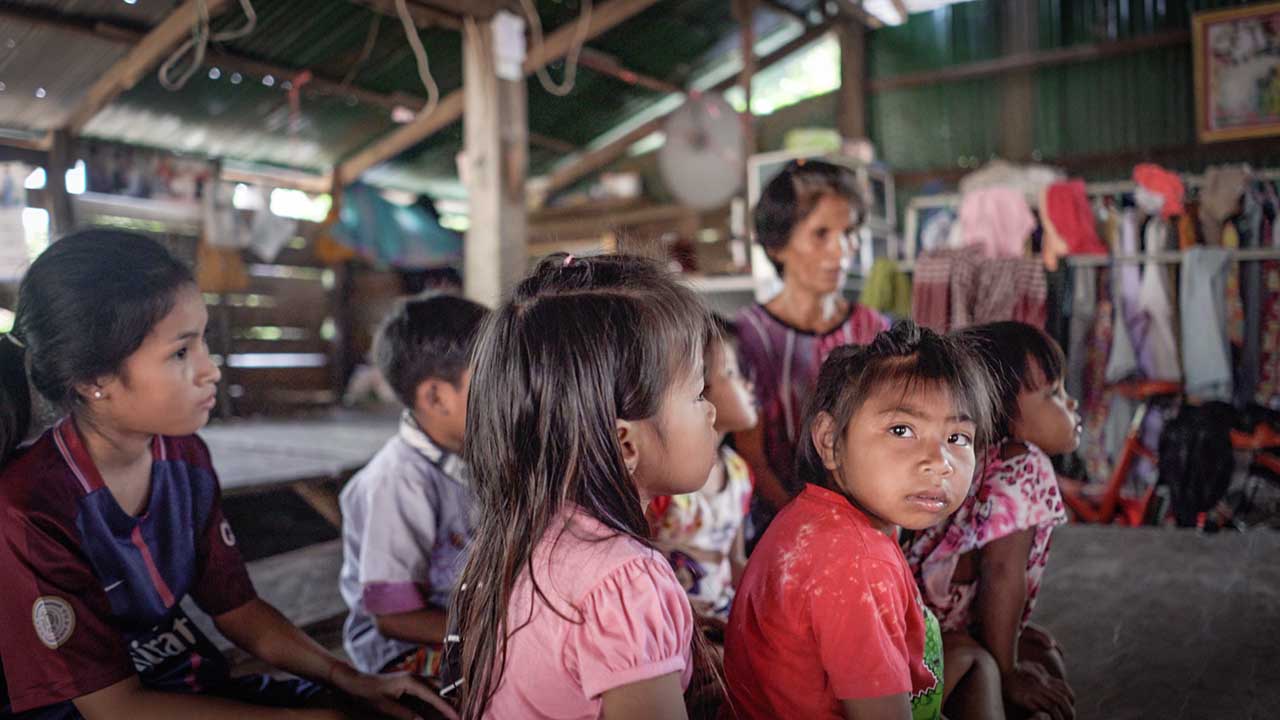 Particularly in rural areas, most Cambodians are uneducated. Two in five haven’t completed primary school. The most educated Cambodians are in the capital, Phnom Penh, and in Siem Reap province, home to the Angkor Wat historic temple.

Most Cambodians aged 5 and above have jobs. About 64 percent work in agriculture, 24 percent in services and 12 percent in the industrial sector. According to 2013 figures compiled by Cambodia’s National Institute of Statistics, 97.6 percent of Cambodians work. The institute defined “employed” as “having worked at least six months, or 183 days or more during the reference period.”

There is, however, some dispute about unemployment figures in Cambodia. The International Labor Institute figures the unemployment rate at 0.5 in 2015, defining “employed” as having worked one hour a week, a methodology considered suspect. “Everybody has some kind of garden in the backyard. If they go and grow some vegetables … they will always be considered employed,” Ou Virak, the economist who founded the Future Forum think tank in Phnom Penh told The Cambodia Daily.

Of Cambodians who identified as migrants, 14 percent say they moved for work. Two percent cite the loss of land or housing as the reason for migrating. Most migration is to Phnom Penh or more urban areas and provinces that have better public services. 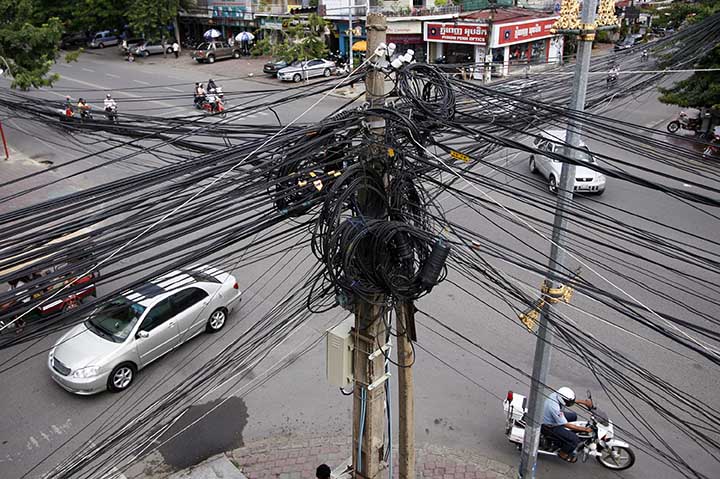 More than half of Cambodian households, especially those in rural provinces, lack electricity or an improved water source. 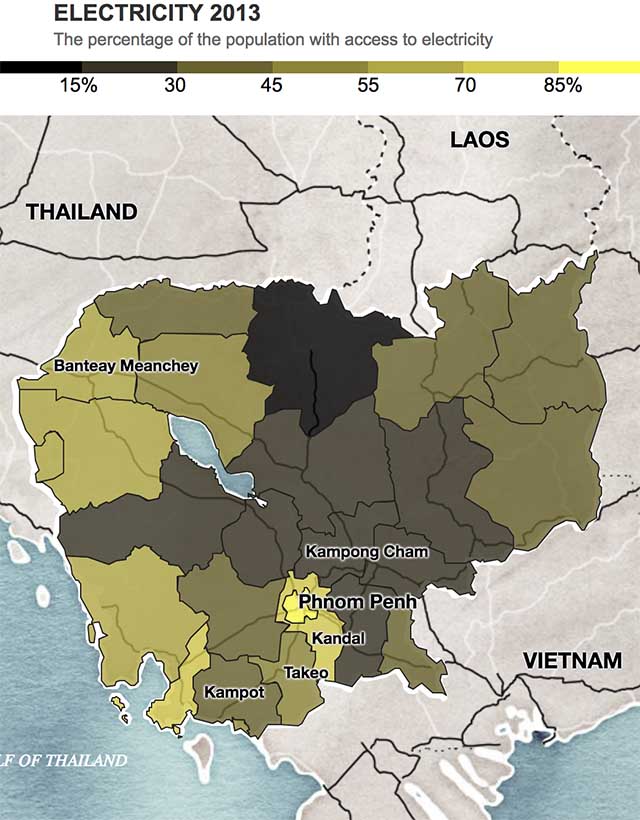 Data for this page comes from two sources: The Cambodian National Institute of Statistics website and the Cambodia Inter-censal Population Survey of 2013. VOA attempted to contact the institute about some discrepancies between the two sources but did not get a response. The survey sampled 28,650 nationally representative Cambodian households and estimated the total population at 14.7 million. Since then, Cambodia has grown. More current estimates place the population near 16 million (PDF).