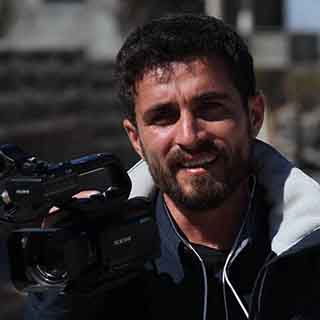 Mardin, Turkey I reported that three children who tested positive for the coronavirus were kept in quarantine in the same unit as seven other children who tested negative. I asked the hospital about this claim, too. The hospital denied it, but my news sources insisted that this was true, and they confirmed that. I asked other sources too, and they confirmed the news. So, I covered this story.

In a meeting with the Health and Social Services’ Workers Union, the Department of Health in Mardin confirmed my story. However, the same department also filed a complaint to the prosecutor’s office over the story being fake news.

The department demanded the story be taken off the website because they claimed it could spread fear and panic among public. I guess they don’t realize that there is panic and fear because they are not transparent.

If a lawsuit is carried out because of this investigation, I might face a prison sentence or a different sanction.

If we look at the broader context of Turkey or the local context of Mardin, we are not facing difficulties only because of covering the coronavirus pandemic. In general, there are difficulties and repression.

It is almost impossible to get information from the government agencies, especially if you are a local journalist.