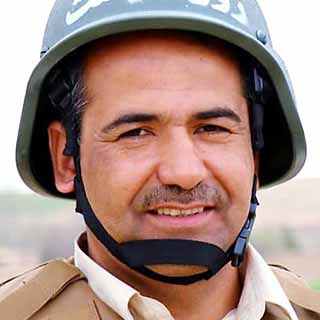 ‘People value what I do’

Kohi had the opportunity to leave. But he leads a local media association and knew audiences relied on his coverage.

Growing up, I experienced many difficulties and deprivations. But I also listened to a lot of radio and aspired to become a journalist. The past two decades gave me that opportunity.

Journalism became like a university for me. I learned about society, politics, culture and law. Through my reporting, I gave voice to the voiceless, and I became a means to help those in need.

The day Kabul fell, I was in Maimana (capital of Faryab province). Given what I knew about the Taliban, I felt then that I could no longer remain an independent journalist, one who would report on government malfeasance, corruption, human rights violations, women’s rights and injustice.

I was afraid that all media would shut down.

Although Pajhwok did not stop publishing, many other outlets were forced to shut down. Of the seven radio stations in Faryab, all but three closed. Their staff were laid off. Two journalists moved to London. The rest are staying home and looking for other jobs or looking for a way out.

Another station closed in April, after this interview took place.

At the moment, only three national reporters are based in Maimana. Many of my Pajhwok colleagues in Kabul also left.

I had a good opportunity to leave and still do. In August, the head of the National Union of Journalists asked me to come to Kabul. I was supposed to be evacuated to France.

But I could not bear the thought of leaving my people. I may be making a mistake.

Last year, Daesh (the Islamic State militant group) tried to kill me. I was shot in the head three times. Three terrorists were arrested, but when the Taliban returned to power, they released them.

Considering the threats in my past and the uncertainty about my future, my friends and family want me to leave. But leaving is difficult.

Despite the many problems in Afghanistan, you can’t find a kinder people. And I’m afraid my children will lose their language, religion and culture.

So, I decided to stay. But I feel I’ve lost my freedom of expression.

I can no longer report the way I used to do. I was working on several stories that I had to drop after the Taliban came to power. One was about ties between the Taliban and officials of the former government allegedly involved in drug trafficking. Another was about illegal mining in Taliban-controlled areas.

After the Taliban came to power, I wanted to write about IS (Islamic State) madrassas (religious schools) in Faryab. But the Taliban authorities wouldn’t let me.

In October, when a Taliban fighter was killed and another injured in Shirin Tagab district, I called the authorities for confirmation. They told me that I couldn’t mention IS.

Since the Taliban took over, I’ve not faced any threats. I’ve been able to travel to (previously inaccessible) districts and report on the social and economic situation.

But what’s discouraging is that before traveling you must notify the provincial authorities. I have to tell them what I’m covering. This can call into question a media outlet’s independence and can lead to self-censorship.

The local Taliban officials know me and respect me as an independent journalist. Whenever I travel to a district, I let the governor and the director of information and culture know, but I’ve refused to share details of my stories.

All this clearly has a negative impact on what I can report.

If the Taliban were to violate the rights of a former official, I wouldn’t be able to report on it. That could put my life in danger.

But I can report on poverty and unemployment and put a spotlight on people’s concerns. Whether the authorities will listen and act is a different matter.

Still, people value what I do. When my Facebook account was suspended for a month because I posted an interview with a Taliban official, our readers reached out on WhatsApp and social media, asking when I was going to write about poverty, unemployment and civil servants not receiving salaries.

People care about the media.

But in recent months, it’s become more difficult to work. The Taliban’s actions, from detaining employees at (the Afghan network) TOLO to banning international broadcasters and jailing journalists in Kandahar, demonstrate they want to turn Afghanistan into an island.

In Faryab, the local (Taliban) government has absolutely no interest in the media. Despite repeated requests by journalists, they have yet to meet with the media.

Whenever there is breaking news, no one responds except the local director of information and culture. When we ask about allegations of foreign aid embezzlement, none of them responds and we are too afraid to publish.

Things have gotten so bad that we can’t even post an entertainment clip on social media because of fear the Taliban may misinterpret it and call us in the middle of the night.

In short, I see a dire future for the media.

Interviews with Kohi have been translated and edited for length and clarity. 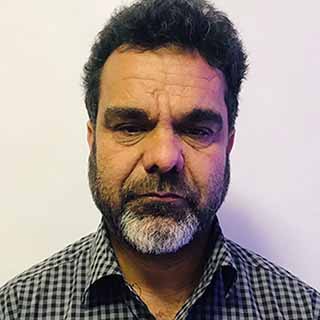 ‘Today, I just hope my TV station will survive’

With advertising revenue drying up, local radio and TV stations are on life support. Amiri says his station will stay on air as long as he can pay the bills.