Accurately or not, the U.S. President is sometimes referred to as the “leader of the free world,” and indeed is one of the most powerful world leaders on the planet. Over the past 227 years, most U.S. presidents have been white, male, and Protestant. But societal change and third parties have begun to alter Americans’ ideas about who can be president. 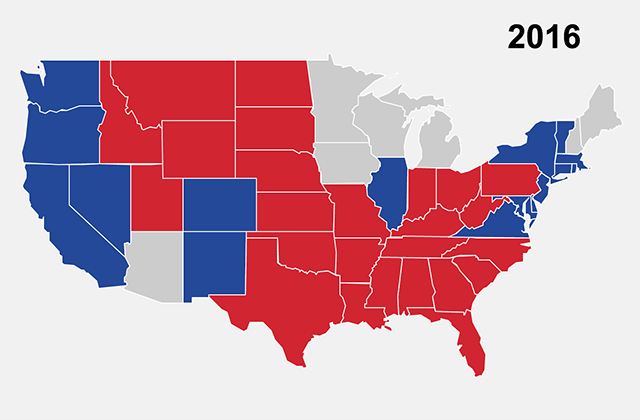 U.S. politics is dominated by two major parties: Democrats and Republicans. Over the years, many other parties have come and gone, including Federalists, Whigs,  Anti-Masonic, Liberty, Free Soil, Prohibition, Greenback, and Populist parties. In the 2016 presidential election, both the Green Party (focused on environmental issues and social justice) and the Libertarian Party (which seeks to reduce the role of the government) had enough support to send candidates to the national election.

Learn more about the changing map of political parties 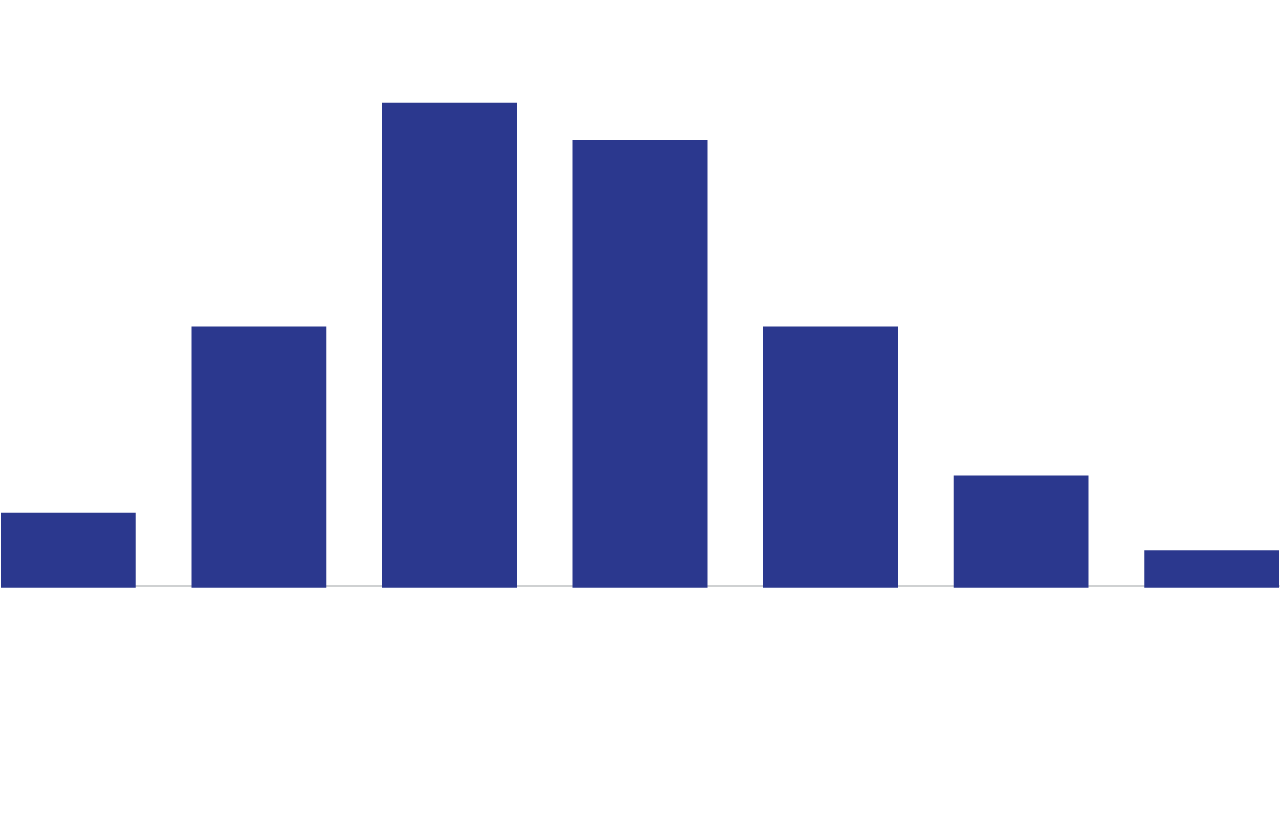 Ages of U.S. presidents at inauguration

Young and glamorous, or older and revered: the presidency takes its toll

A person can legally run for president at age 35, but the youngest presidents — who have often been celebrated for their youth and charisma, in addition to their political achievements — have started in their early 40s. The youngest, “Teddy” Roosevelt, was known as a brash outdoorsman. John F. Kennedy, Jr. was seen as the crown prince of a glamorous political family. Barack Obama will be the youngest former president when he leaves office at 55. Older presidents, like Dwight Eisenhower and Ronald Reagan, took on, for some, a more grandfatherly role. Leading the free world can age a person; several presidents who had dark hair when they started have ended their terms with a full head of gray hair. 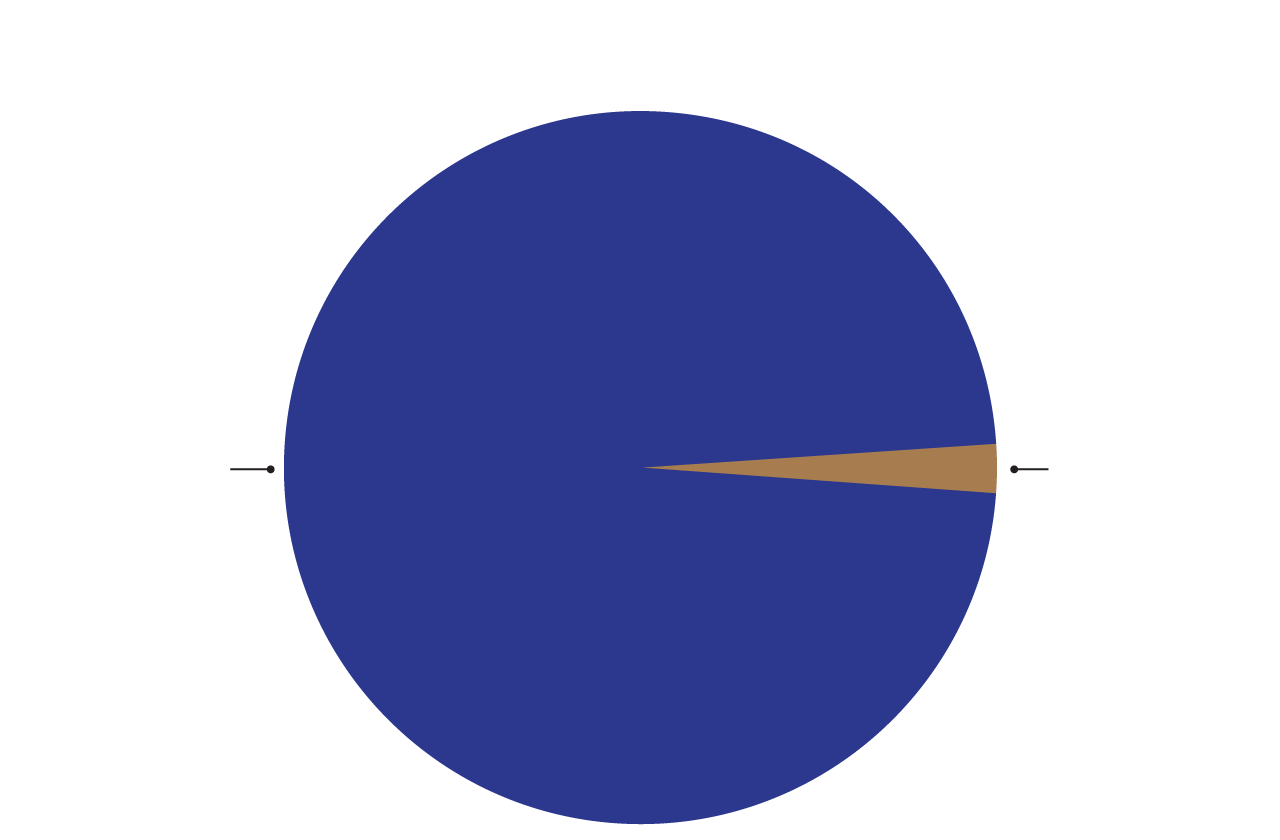 Percentage of U.S. presidents by race

In 2008, the United States finally broke a two-century streak of white men in the presidency, electing Democrat Barack Obama to office. While blacks have been legally eligible to vote since the late 1800s, only after the passage of the Voting Rights Act of 1965, which outlawed obstructing someone’s right to vote, did minorities really have the same opportunity as whites to participate in the political  process. The first African American has faced racist rhetoric from extremist quarters; at the same time, President Obama has been dogged by questions about whether he was doing enough for the black community, particularly during the recent spate of police shootings of unarmed black men. 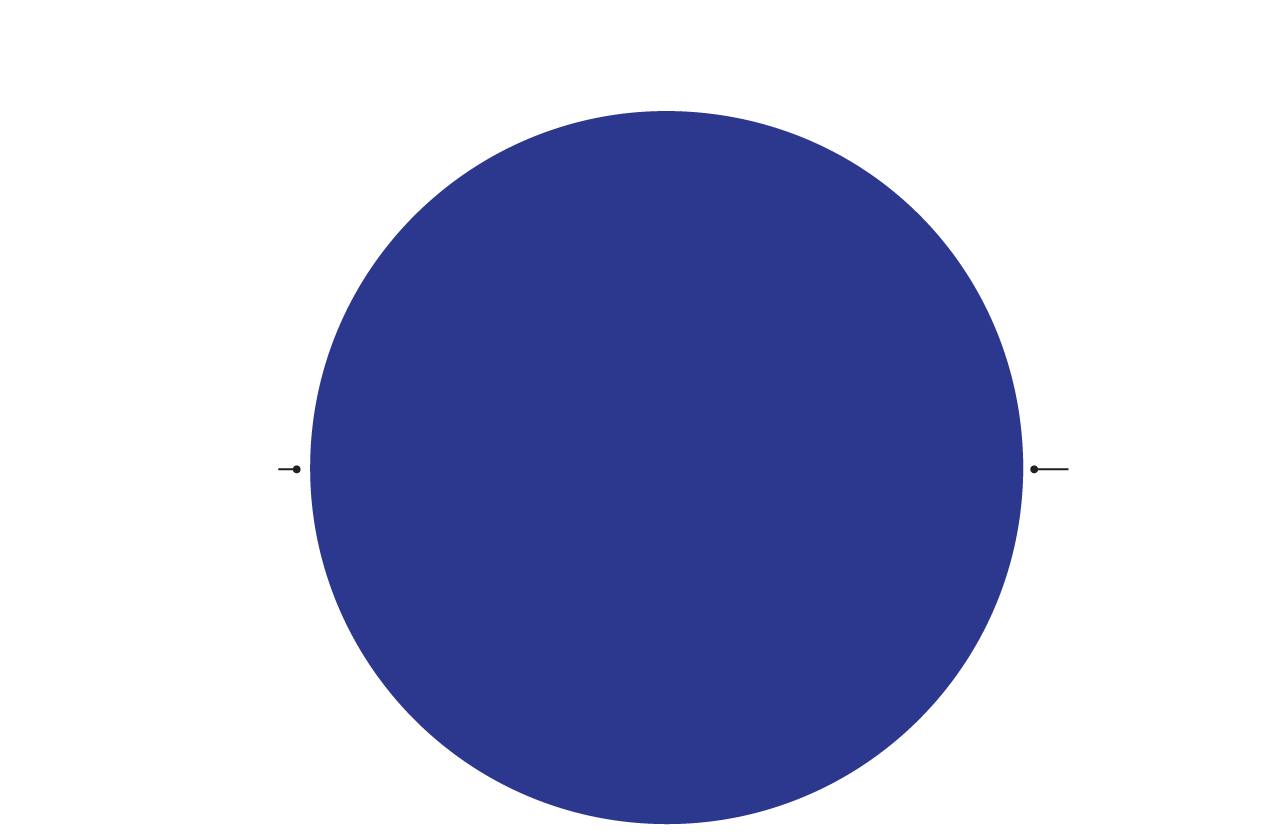 Percentage of U.S. Presidents by gender

Clinton fails to shatter glass ceiling at the White House

Women have been active in U.S. politics since the mid-19th century, but men have always been president. Clinton’s run was the furthest a female presidential candidate has managed to get. Other women who have aspired to the presidency include Jill Stein, the Green Party nominee in 2012 and 2016; Carly Fiorina, who competed for the 2016 Republican nomination; Shirley Chisholm, the first African American woman elected to Congress, who ran unsuccessfully for the Democratic presidential nomination in 1972; and Margaret Chase Smith, who competed for the Republican nomination in 1964. Comedienne Gracie Allen staged a fake presidential campaign in 1940, running for the fake “Surprise Party.” While her “campaign” included a number of comedy stunts, the real joke in 1940 was the mere idea of a female presidential candidate. 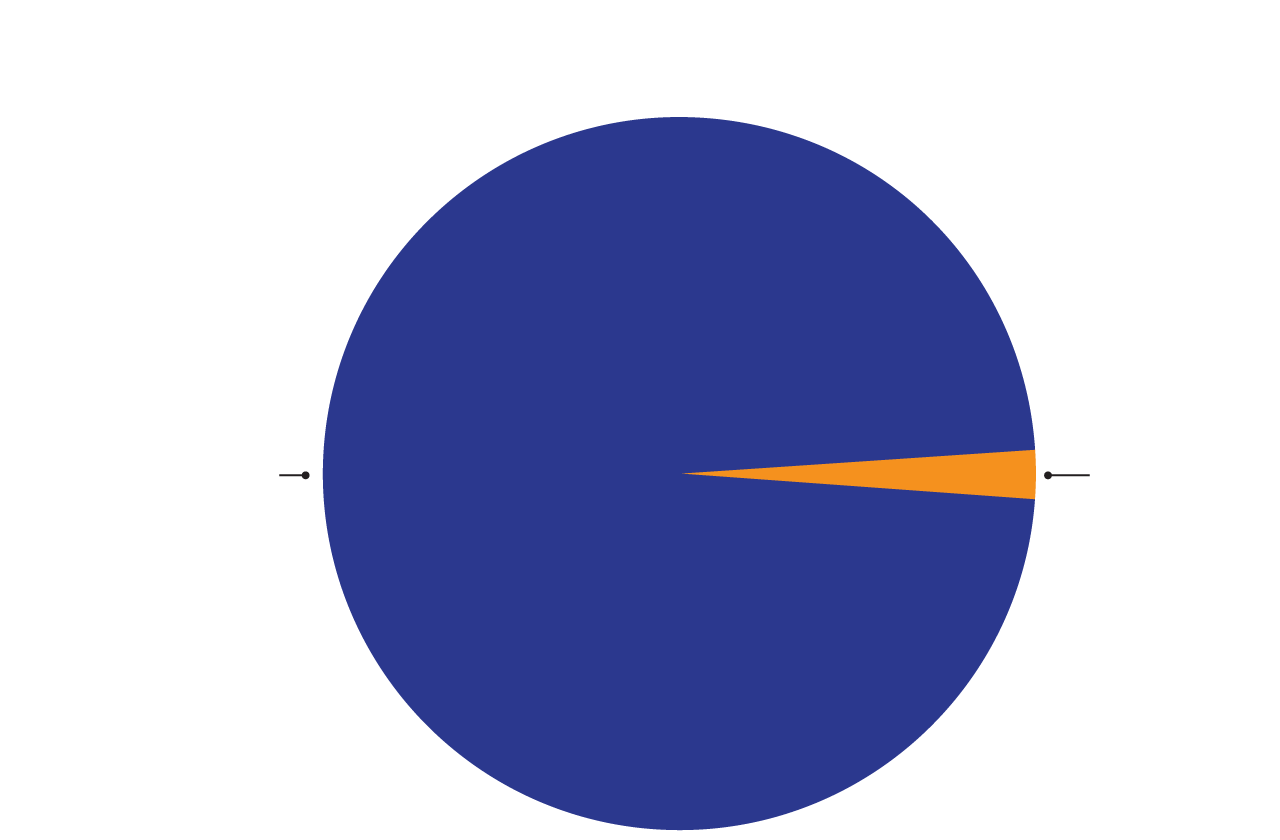 Percentage of U.S. presidents by religion

Despite freedom of religion, Christianity is the norm for U.S. presidents

The U.S. Constitution prohibits any religious requirement for public office, but all of the U.S. presidents so far have professed Christianity, and all but one of them have been Protestant. John F. Kennedy Jr. is the United States’ only Catholic president so far. No president has been Jewish or Muslim, and none have publicly professed atheism, although Thomas Jefferson, Abraham Lincoln, and William Howard Taft were thought by some to be agnostic or atheist. The Obamas withdrew their membership from their Chicago church in 2008 after pastor Jeremiah Wright made headlines with controversial statements about the U.S. government. Former presidential candidate Bernie Sanders, who lost the Democratic nomination to Hillary Clinton, could have been the nation’s first Jewish president. 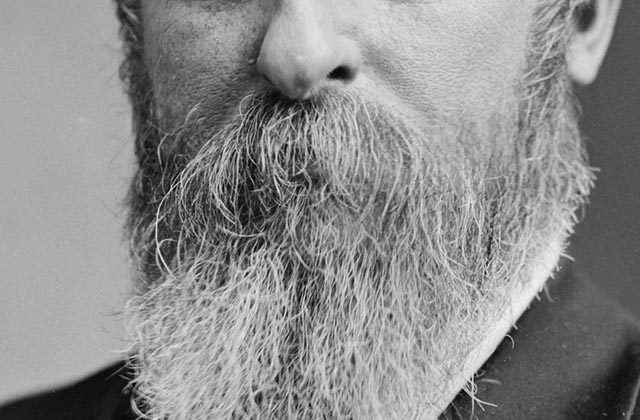 From 1861 to 1909, most presidents had some form of facial hair, which proved popular as the United States underwent big changes: the Industrial Revolution, the Civil War, the end of slavery, and women beginning to take on roles outside the home. In response, men’s fashions began to emphasize “manliness.” Bushy facial hair became another way to project strength and power. Facial hair also serves as a way to mask emotion. Abraham Lincoln, the first bearded president, is said to have grown his whiskers out during his presidential campaign in 1860 after an 11-year-old girl suggested it, telling him the worry lines in his face might put off potential voters. Facial hair began to fall out of fashion in the early 20th century with the rise of the new professional, or “white collar” class, in which men needed to appear well-groomed and friendly. Clean-shaven faces have become the norm in the political world, as well. 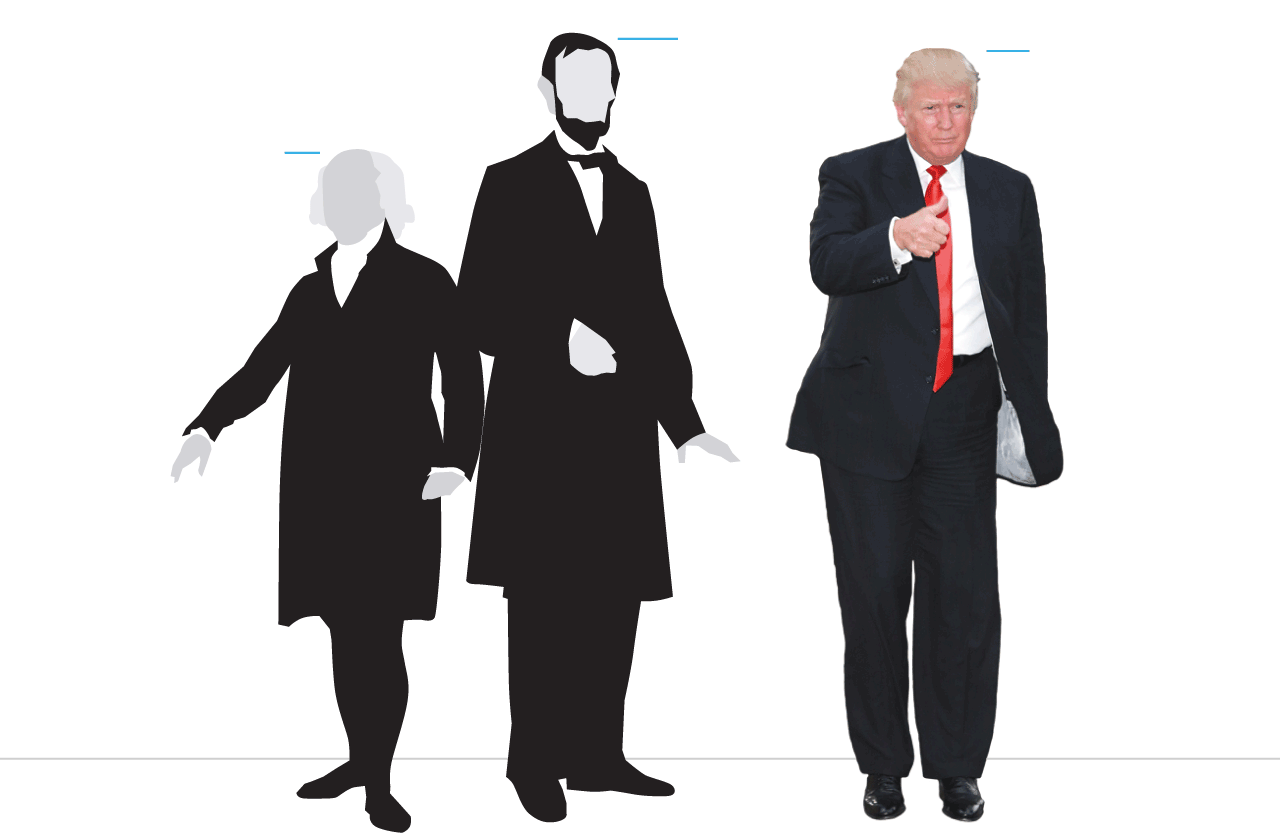 Tall people get noticed, but short people can lead, too

Conventional wisdom holds that tall people are more likely than short people to become leaders and accumulate wealth. Indeed, three men considered to be among the United States’ most important presidents — George Washington, Thomas Jefferson, and Abraham Lincoln — are  among the nation’s tallest presidents, with Lincoln topping the list at 193 centimeters. But the nation’s second president, John Adams, is close to the bottom of the list at 170 centimeters, and yet is also revered as one of the nation’s founding fathers.