Turkey’s press has a long tradition of political cartooning. But this is a country where insulting the president can be a crime.

On the street, no one would think Tuncay Akgün is a frontline warrior in the battle for press freedom in Turkey.

He authors no newspaper columns, leads no political groups, nor does he appear on television.

Instead, from his desk in a small office in Istanbul, he lets his drawings do his talking.

Akgün is a political cartoonist and co-founder of LeManem – a satirical magazine known for its irreverent covers and subversive humor. It’s one of Turkey’s most popular weeklies – a gadfly poking fun at the government.

“We’ve been living with a one-party regime that’s becoming increasingly authoritarian. We have been witnessing the government institutions that were corrupted, that were not functioning properly, including the legislature and judiciary … Even the media have now become totally dysfunctional.”

As LeMan’s chief editor, Akgün has drawn hundreds of covers. It’s a challenge to respond quickly to changing events.

“This type of work we do – political satire – is a very dynamic field. We need to be creative and timely in what we produce. That’s very important. I believe satirical magazines, historically, have been and are always successful and effective.”

Political satire and caricature have long been a part of Turkey’s culture – a tradition older than the Republic itself.

In the 1870s, the country’s first political cartoonist, Teodor Kasap, drew a character in a famous Turkish play wearing shackles.

It was a plea for freedom of expression. And it landed him in prison.

A long line of cartoonists followed Kasap, their drawings adding wit, levity, and criticism to the political discourse.

“Political satire magazines like LeMan have created very funny but very biting, very incisive criticism. But there’s a sense for Erdoğan and among his followers that he’s above reproach, that he’s untouchable, that he’s almost a spiritual figure who cannot be questioned.”

His mocking caricatures led the President to sue Kart twice for slander, both times unsuccessfully. Yet Erdoğan would not give up.

This series of panels – illustrated by cartoonist Pedro Molina and others – recounts Erdoğan’s efforts trying to silence the award-winning artist.

After a failed coup in 2016, Turkish prosecutors indicted Kart and his colleagues working at the opposition newspaper Cumhuriyet.

The charge: helping an armed terrorist organization without being a member.

Despite worldwide protests – and after his appeals failed – Kart went to prison in April 2019.

“When you consider the reasons of Musa Kart’s imprisonment, this is completely absurd. It is quite strange. These are not things that we can explain with the law and within reason.”

“When you put a cartoonist in prison, or when you threaten a cartoon magazine with a punishment, the real thing under threat is that country’s press freedom, and those who limit freedoms are the real culprits.”

Akgün has avoided prison under Erdoğan, but one of his covers – released days after the 2016 coup attempt – led an angry mob to storm LeMan’s offices.

The mob claimed the cover insulted the president – a crime under Turkish law – by portraying him as a poker player pitting civilians against the coup plotters. Social media posts fueled the outrage.

“We were targeted by these kind of attacks frequently. In Turkey, this is called lynching. Things like this have happened to us. Let’s say because of a cartoon, or a cover.

“On one hand, there is an army of random trolls. On the other hand, these trolls are part of an organized, mechanic and systematic effort.”

The raw power of cartoons can incite violence – like the deadly attack on the offices of the satirical magazine Charlie Hebdo in Paris, a reaction to its drawings of the Prophet Mohammed.

Cartoonists around the globe responded with solidarity – including at LeMan.

“Our relationship with the Charlie Hebdo staff goes back to the early 2000s. We all became good friends in time. When they got massacred, it was a huge blow, a big trauma to us. We all thought as if it was us who were the targets of the attack. We were deeply saddened and it left a huge scar.”

Akgün knows the risks. He has become more cautious.

Yet fear does not stop Akgün from speaking out against the government.

And he will continue to resist every week, a warrior wielding a pencil, crafting a drawing, making his point in the name of freedom.

Tuncay Akgün continues as Editor-in-Chief at LeMan magazine. He, like other Turkish cartoonists and journalists, remains subject to persecution. 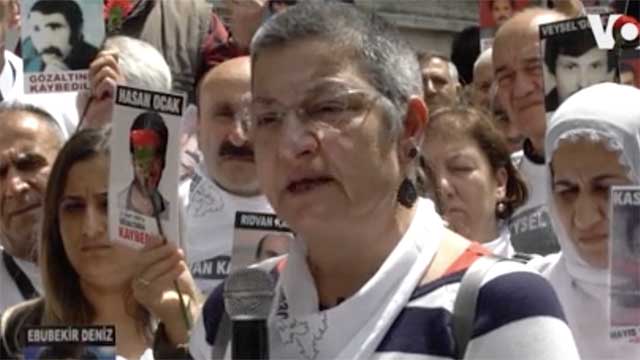 When the Turkish government cracked down on the Kurdish newspaper Ozgur Gündem, journalists and activists stepped up in solidarity. And paid a price. (9:55) 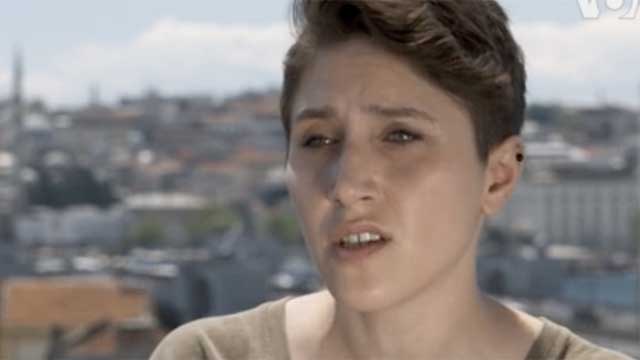 What’s it like to be arrested and jailed for doing your job — reporting the news? Meet Turkish journalists whose work ensnared them in a nightmarish cycle of court hearings, detentions and fines. (11:08)