How deadly could COVID-19 be?

As the disease spreads around the world, we consider the potential cost to life based on different estimates about how infectious it is and how fatal it could be for those who contract it.

A medical worker in protective suit takes a break at an isolated ward of Wuhan Red Cross Hospital in Wuhan, China, February 16, 2020. (Reuters)

It’s too early to know how deadly the disease will be, but estimates suggest that between 0.5% to 3.4% of the people who contract the virus will die. The difference between the lower number in the range and the higher number could be the difference between tens of thousands of people dying versus millions of people perishing from the pandemic. The variation in estimates is due to many factors, including differences in the way deaths are counted and reported around the world as well as the difficulty in determining the total number of people infected with the virus. How many people will ultimately die from the disease also depends on how much of the global population will be exposed to the virus, which in turn depends upon a range of variables.

Top annual causes of death around the world

According to the World Health Organization, heart disease is the leading cause of death around the world, with nearly 9.5 million people dying each year from the disease. That cause is followed by stroke, a group of lung diseases called chronic obstructive pulmonary disease (COPD), and respiratory infections, which includes pneumonia and influenza. Three out of the top six causes of global deaths are related to lung or respiratory problems, which is also the same type of issues caused in those who have severe cases of COVID-19.

On average, people around the world will die of heart disease per day. (Each represents 100 deaths.)

That number of daily deaths makes it more deadly than the average number of deaths caused by .

While the number of people who die from COVID-19 will vary based on a variety of factors, including the quality and availability of health care, climate and economics, there are two basic concepts that are used when predicting the possible number of deaths – fatality rate and infection rate. 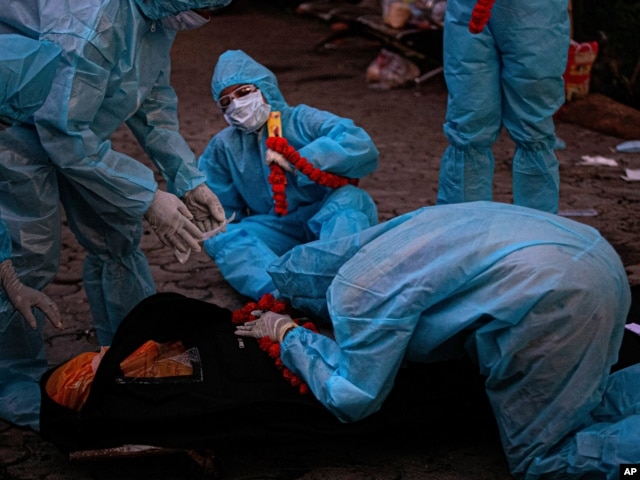 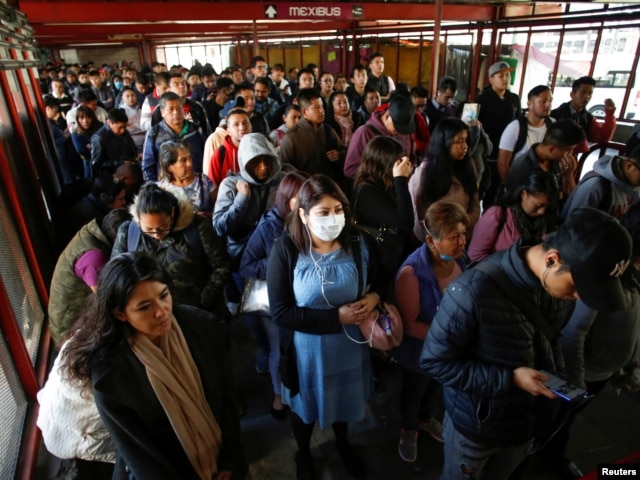 The fatality rate shows what percentage of people who are infected with the virus will die. One of the main reasons the fatality estimates for the coronavirus vary so much is because of the difficulty of knowing exactly how many people have been infected with the virus. Many countries are calculating their death tolls by dividing the number of patients who died from the virus by the number of patients who tested positive for the virus. World Health Director-General Tedros Adhanom Ghebreyesus used that method in early March to calculate the world fatality rate at 3.4%. However, that figure misses any patients who did not get tested for the virus, including those with mild or asymptomatic cases, and who were therefore never officially counted as infected. In a perfect system, the entire world could be tested for the disease, but such technology and access has not yet been developed.

There are several situations that have come close to such universal testing. One of them was the Diamond Princess Cruise ship that was quarantined off the coast of Japan, in which nearly all passengers were tested for the virus. The death toll on the ship was found to be 1.2%. Another group of people who were widely tested were those who were repatriated to their home countries on flights from Wuhan, China, where the coronavirus originated. A study published in the medical journal The Lancet Infectious Diseases looked into that data and estimated the death toll from the virus to be 0.66%.

A range of fatality rate estimates

Death tolls can also vary by country and region because of differences in medical capacities as well as differences in how many people within a population are older or have underlying health conditions, factors that are known to increase the coronavirus death rate.

The infection rate indicates how quickly an infection will spread amongst a population. To learn the infection rate, officials must trace how often the virus moves from one person to another. Epidemiologists use a basic reproduction number, or R0 (pronounced R naught), which is the average number of people to which an infected person is likely to spread the virus. For example, an R0 of 2 means that an infected person will spread the disease on average to two others, who will then each spread it to two more people and so on. An R0 of less than 1 means a disease is declining and could die out.

The World Health Organization estimates the R0 for the coronavirus without any interventions is between 2-2.5, however, the R0 for any virus is not fixed. It can change depending on a number of variables, including the climate, the hygiene practices of a population and the introduction of governmental social distancing policies. How quickly the coronavirus spreads can vary by country, region and even city, depending on the actions taken by the people living there.

The number of people in a given population who will eventually become infected by a virus depends largely on the R0 (the higher the R0, the greater the chance the virus will infect more people) as well as the number of people in a population who are immune. Since the coronavirus is a new virus, it is believed that almost everyone is susceptible to it. A study by the Imperial College of London found that 81% of both the populations of the United States and Britain could be infected by the coronavirus if no mitigation efforts are taken. Since that study came out, both countries’ governments, as well governments around the world, have implemented policies to limit the travel of its populations in an effort to decrease the infection rate, and thereby decrease the percentage of the population that will likely become infected.

A confirmed coronavirus patient is wheeled to a hospital at Chuncheon, South Korea, February 22, 2020. (Reuters)

Move the sliders below to explore how the rate of infections and the fatality rate could impact the number of deaths around the world from COVID-19.

Percentage of infected who will die (CFR)

Percentage of the population that contracts the virus