Dick Becker is optimistic about his hometown, Lancaster, in southwestern Wisconsin’s Grant County, and the nation as a whole as President Donald Trump works to stamp his political brand on Washington.

“They need to give him a chance!” he said, speaking of the president.

Becker says that a majority of voters here had favored Trump, a Republican, in November’s election because they wanted change. He adds that many who had previously sought change by voting for President Barack Obama had been disappointed in what he delivered.

“People I talk to did not like the way things were going,” he said. “People were fed up with politics as usual and they wanted a change.”

As for Trump? “I just hope people get behind him because if he does well, everybody does well,” Becker replied. Dick Becker, a sales associate at Walker’s Clothing and Shoes, says things are going well in Lancaster, Wis., and Grant County as a whole.

Vote not borne of distress

The voters’ choice was not motivated by any distress in their community, Becker said, because things are going well in Grant County.

When he looks out the large window of Walker’s Clothing and Shoes, where he works as a sales associate, Becker sees the massive red brick courthouse that towers over Lancaster’s main square. On the streets, he sees people out and about, spending time and money in his store, at a popular local jewelry store, the drug store, gift shops and restaurants.

Many people in small rural communities prefer to drive an hour or more to a larger city to shop.

But Becker said Lancaster, population 3,868, has reversed that trend somewhat, drawing people from as far away as Wisconsin’s capital, Madison, to buy what he calls “top- quality merchandise” at Walker’s and other stores that also offer the charm and friendliness of a small-town shop, something not always found in large urban stores.

Always the salesman, Becker said, “You can’t get the customer service and the quality you have here.”

Lancaster’s gain has, to some extent, come at the expense of smaller towns in the area, where only a few retail stores hang on.

What has helped Grant County’s overall prosperity, Becker said, is the economic development, spurred initially by federal and state funds, that drew some light manufacturing and food-processing plants to the area, creating hundreds of jobs and adding to the local customer base.

But he said Grant County experiences the same political polarization seen in the country as a whole, and adds there are many vocal critics of Trump.

“People can be intolerant of other people’s opinion,” he said. “Some of the people whose candidate lost are doing everything they can to vilify this guy.”

Some other people in Lancaster confirmed Becker’s description of the political divide, with some defending Trump as a businessman who speaks plainly and others condemning him for crude rhetoric and an agenda that could undermine social services that benefit local citizens who are not prospering.

Becker said he, too, had some problems with some of Trump’s brash talk, but he concentrates on the positive. 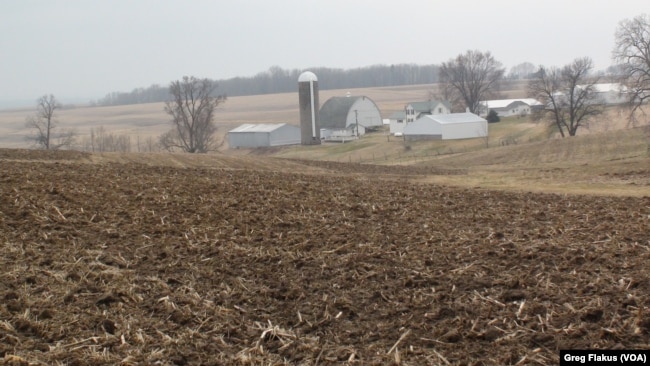 Grant County’s overall prosperity is helped by economic development, spurred initially by federal and state funds, that drew some light manufacturing and food-processing plants to the area.

“I agree with what he says; I want to see businesses come back to this country,” Becker said. That also applies to energy policy, a subject of great importance in a rural area where farm operations require fuel and natural gas-derived nitrogen for fertilizer and everyone needs to drive long distances for essential services.

“He wants to tap into more of our energy reserves,” Becker said of the president. “I like that because I don’t want to give our money to other countries. Why should we buy oil from Iran or Venezuela when we have our own?”

But Becker, like most other people in this region, said he prefers not to dwell too much on politics with neighbors and friends; he’d rather avoid arguments and have a sense of community harmony.