In the 17 years since the Sept. 11, 2001 terror attacks, there has been plenty to alarm Muslim Americans. And not just frequent anti-Muslim rhetoric, but also policies such as the travel ban, viewed by many as discriminating against Muslim travelers. In the 2018 midterm elections, some Muslim Americans saw an opportunity to push back — and they seized it. Now, the first two Muslim women ever are headed to Congress.

23 declared their candidacy for statewide or national office

16 candidates were eliminated during the primaries. Seven advanced.

Four won in the general election. Three will be sworn into the 116th Congress and one will be the Minnesota Attorney General.

More Muslims ran for office in the midterms than at any time since the September 11 terror attacks in 2001, according to Jetpac, a group dedicated to increasing Muslim involvement in U.S. politics. Jetpac estimates that 128 Muslims ran in the 2018 election at all levels of government from very local (precinct captains) to national (U.S. senators).

Of these, 16 lost in primary races, leaving seven to compete in the general election. Four of them won, notably Michigan Democrat Socialist Rashida Tlaib and Ilhan Omar of the Minnesota Democratic-Farmer-Labor Party. They will become the first Muslim women in the U.S. Congress. In addition, Indiana Congressman André Carson was re-elected and former Minnesota Congressman Keith Ellison won his bid for state attorney general. 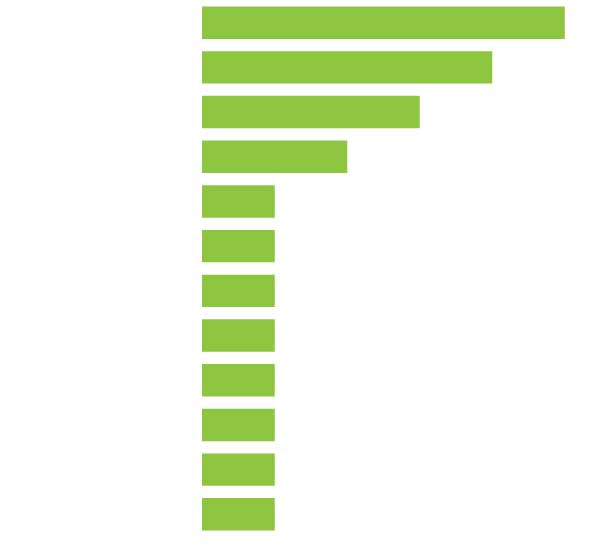 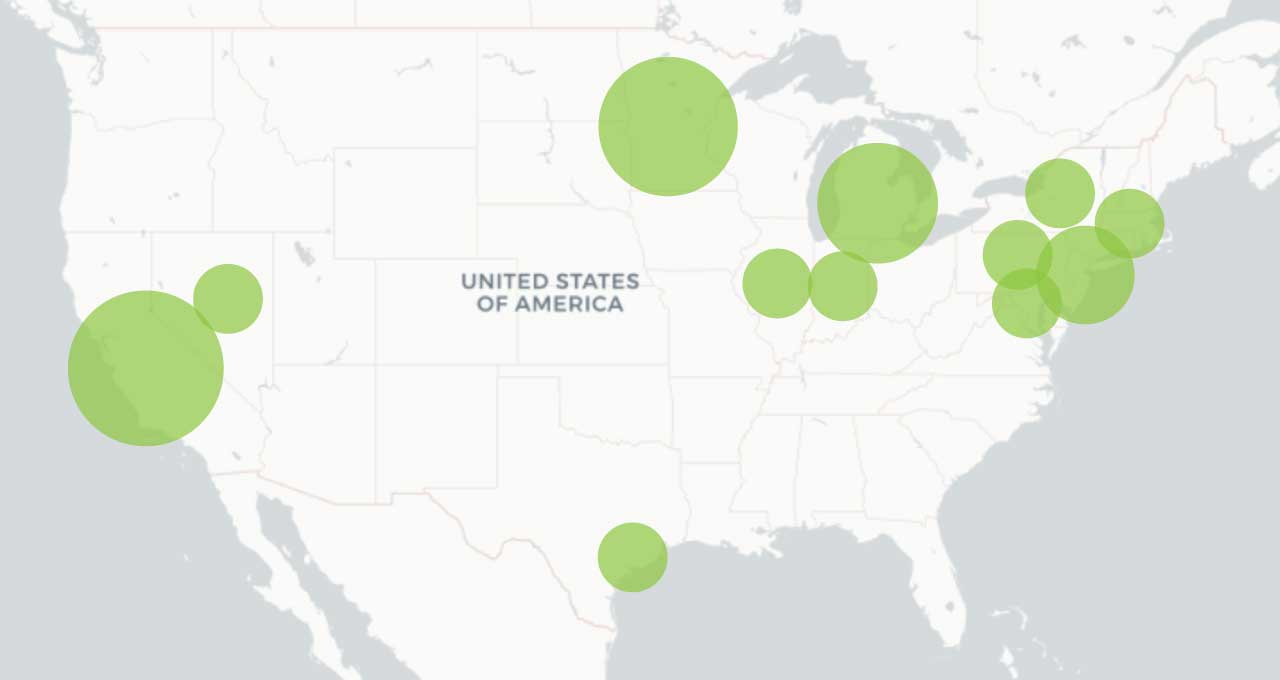 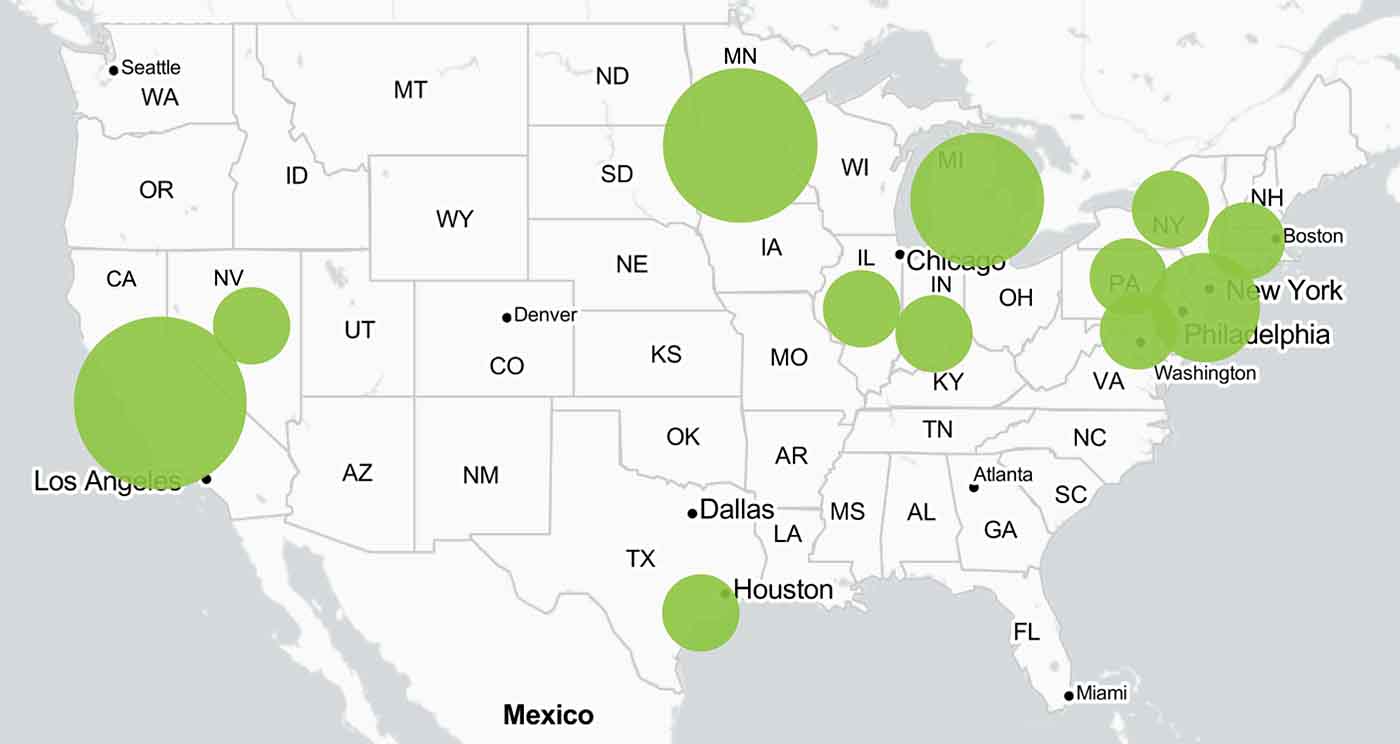 Muslims began to come to the U.S. in sizable numbers after 1965, when U.S. immigration law was changed to admit more non-Europeans. But until 2000, they were not largely engaged in U.S. elections, according to a report by the Mideast Forum in 2001. Rather, many in the community debated whether it should participate in the secular American democracy.

But in 2000, 700 Muslim candidates ran for local, state and federal office. Interestingly, 92 of the candidates were from Texas, where the Mideast Forum speculates there was an active recruiting committee, while today’s map (above) shows clusters of Muslim candidates on the west and east coasts as well as in the upper Midwest where there are vibrant immigrant communities.

Of the 700, the American Muslim Alliance said, 153 were elected, all of them to local offices. No one won on the statewide or federal level that year.

After that high participation point, came 9/11 when 19 al-Qaida terrorists highjacked four planes and deliberately crashed them, killing 2,996 people. It has taken 17 years for Muslims to begin to get active in politics again.

Most of this year’s crop of Muslim candidates (14) are male although both of the new House members are women in keeping with the historic number of women nationwide who will be going to Congress in 2019.

Educated and successful, many (8) have served in public positions before. Four are lawyers. The group includes an engineer, two doctors, teacher, set designer, and best-selling author.

Yet, in running for office, they opened themselves up to anti-Muslim attacks, as immigration attorney Deedra Abboud discovered when she announced her candidacy for U.S. Senate in Arizona last year. In a Facebook post, she wrote about separation of church and state: “In their infinite wisdom, the Founding Fathers decreed that this nation would separate church and state, and in doing so protect both institutions.”

This set off a barrage of invective against Abboud on social media in which she was accused of abandoning her religion.

In Michigan, gubernatorial candidate Dr. Abdul El-Sayed was accused of having ties to the Muslim Brotherhood by a potential opponent. “Michiganders are not asking how I pray, but what I pray for — and what I care about,” El-Sayed responded.

In the pre-election report, “Running on Hate,” the advocacy group Muslim Advocates noted that both Tlaib and Omar also had been attacked. “A joint event they hosted was crashed by an anti-Muslim activist who called them ‘jihadis’ and screamed numerous conspiracies about Muslims, incest, and genital mutilation…” the report says.

Muslim Advocates concluded that smearing Muslims is not a winning strategy. “The results of this study indicate that core anti-Muslim voters are a small and hostile segment of the electorate, and candidates’ attempts to vilify American Muslims, in an attempt to increase vote totals actually have the opposite effect: they lose more votes than they gain, even among conservatives,” the group wrote in its report.

As Muslims re-emerge as candidates and voters, it seems that 9/11 has also changed their thinking.

VOA’s group of 23 candidates is overwhelmingly Democratic with one Independent. Only three are Republican. And most of the Democrats (11) identify themselves as Progressive, liberal Democrats interested in social reform. Both Tlaib and Omar are in this group.

However, in December of 2000, a Council on American-Islamic Relations (CAIR) news release announced, “Muslims Congratulate President-Elect Bush.” CAIR said it had conducted a poll that showed Muslim voters were 72 percent for Republican George W. Bush and only 8 percent for Democrat Al Gore. CAIR also said 19 percent voted for independent progressive candidate Ralph Nader. A preview of what was to come?

Today is one of the proudest moments of my life as a civil rights activist, to see American Muslims engaging the political process, winning and making sure that democracy works for everyone.#ElectionDay #AmericanMuslims#CAIR#CAIR2Vote@IlhanMN@RashidaTlaib

The Pew Research Center released a report in 2017 breaking down the current members of Congress by religion. At over 90%, Congress remains overwhelmingly Christian. While the number of Muslim members in the House of Representatives will increase from two to three when the new Congress is sworn in, this is a tiny percentage of the 435-member body.

But it is the most ever. 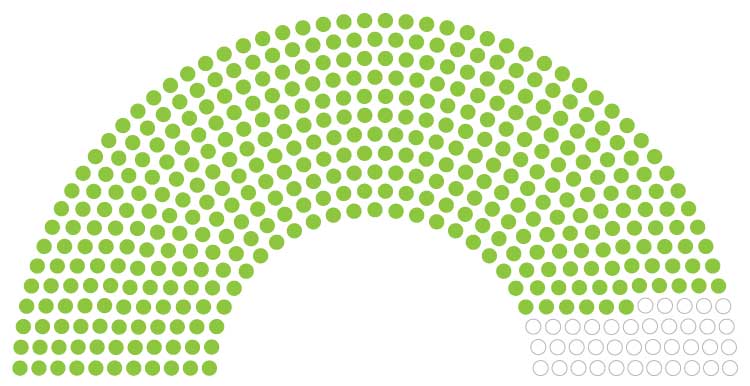 Compare the number of representatives from each religion and the percentage in the U.S. population.

While VOA has confined its report to national and statewide races, thinking they might have a greater appeal to our international audience, Muslim candidates also won state and local races, these can be the first step to higher office.

Take former refugee Safiya Wazir, who fled the Taliban with her family in 1997, and on Tuesday, was elected to the legislature in New Hampshire. Wazir’s anti-immigrant opponent had been in the legislature since 2010, yet Wazir won more than twice the votes he did in 95%-white New Hampshire. She is 27 and just embarking on a political career.

Wazir is not in our database… yet.

Max Jungreis and Aline Barros contributed to this report. Designed and developed by Brian Williamson.

Do you know of a candidate we missed?

We did our best to research and find all of the candidates that identify as muslim and ran for state governor, lieutenant governor, attorney general, or congress. Please let us know if we missed someone by emailing mmckitterick@voanews.com 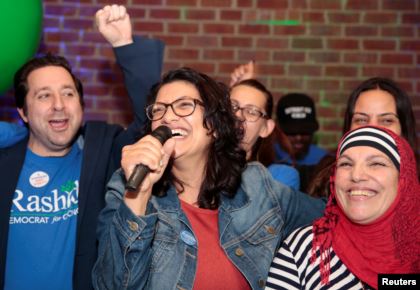 Meet Rashida Tlaib and Ilhan Omar - now set to make history when they become the first Muslim American congresswomen in January. Expectations are high for both women as they seek to influence U.S. policy on issues ranging from immigration reform to foreign policy at a time when their faith is under increasing hostility. Kane Farabaugh reports.