Khalifa, now 22, says she wants nothing more than the rest of her enslaved countrywomen to be freed. She is shown in a village where displaced Yazidi families have settled near Dohuk, Kurdistan, Iraq, Nov. 25, 2016. (H. Murdock/VOA)

In the summer of 2014, Khalifa, then a 20-year-old Yazidi mother of one 3-year-old son, was kidnapped by Islamic State militants and sold as a sex slave. In the year that followed she was bought and sold several times, and the following is only one part of the many horrors she endured. She tells her story to VOA in Kurdish, edited for clarity.

When Islamic State (IS) militants entered my town, I fled to my sister-in-law’s house with 14 other people. She and I were both pregnant, but we walked for 45 minutes away from her home, trying to avoid capture. But we were too late. Some friends called us and told us if we don’t come back, IS will kill us. When we got back to her house, we were surrounded and captured.

The next day militants separated the men and the women, and then transferred the young women to a prison. We stayed a week before we were moved because airstrikes were raining down on the prison. They kept moving us to avoid the airstrikes and finally brought us to an abandoned village. I told them I was pregnant, but they didn’t believe me.

“You are lying,” they said. “You are not even married.”

A few days later I gave birth, and they believed me. But it didn’t matter, I was transferred to Raqqa in Syria with my son and my new baby girl. 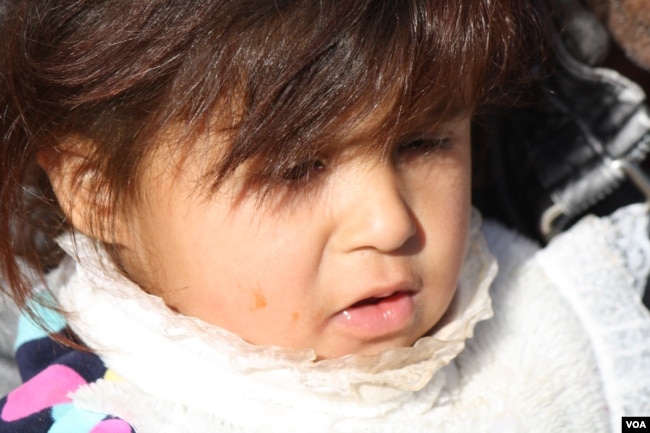 Islamic State militants did not believe Khalifa was pregnant until she gave birth to her daughter a few weeks after she was kidnapped. But it didn’t matter that she was married; she was sold as a sex slave anyway. Khalifa’s daughter is pictured near Dohuk, Kurdistan, Iraq, Nov. 25, 2016. (H. Murdock/VOA)

In Raqqa, a Saudi IS soldier told me: “I have an eye for you. Someone else more important than me wants you, but I will take you anyway. I will bring you home to Kurdistan.”

I had been in prison, so I didn’t know what the militants were like. I believed him. He also told me if I did not go with him, he would take my son.

But we didn’t go to Kurdistan. He brought me to Aleppo, where he sold me to another man, an IS Emir I’ll call Mahmoud. I was put in a room upstairs in a house occupied by IS, next to two IS bases, and they decided my name was now going to be Lameya.

“Lameya, look how brave we are,” Mahmoud said, showing me videos of gruesome deaths. “We behead people like they are animals.”

I asked: “What have these people done to deserve being beheaded?”

He continued to show me videos, and when I got upset, he said, “I want to make you brave.”

After I had been with him for five months, it was the first day of Newroz, a traditional Kurdish new year’s celebration, and I was in bed. Mahmoud said, “It’s Newroz, Lameya. What do you do on Newroz?”

“Are you Kurdish, and you don’t know what we do?” I replied, confused.

“I’ll show you what we do,” he answered. “Lameya, get up and get your children. I have a surprise for you.”

For a moment, I was happy, looking forward to any small kindness. When I looked out the window and saw 25 people dressed in orange, I thought they were a cleaning crew come to clean the house.

But then I saw the head IS Emir taking things from their hands. They were identification cards and peshmerga uniforms. Then he opened a book and signed a page. I learned later he was signing that he approved killing the soldiers, and it was right with God.

“In what way do you think we will behead these people, Lameya?” Mahmoud asked me. I was so scared I was shaking. The men were each pushed to their knees by a different IS militant and their heads were covered with black sacks. One by one, they were beheaded by individual militants.

But the last man alive was scared and cried out: “No, please let me live!” I begged the Emir to let this man, just one man, survive. The Emir briefly had mercy.

“I am Haval Mohammad from Kirkuk in Iraq,” the doomed man shouted. He was a Kurdish peshmerga soldier like the rest. “I know I only have a few minutes left of my life. Please tell people what happened here.”

Not long after, they chopped off his head and the bodies were thrown in the dirt, separate from their heads.

“Let the dogs eat them,” the Emir said.

But all this is just something that happened. I have told you almost nothing because my whole story is too long to tell. 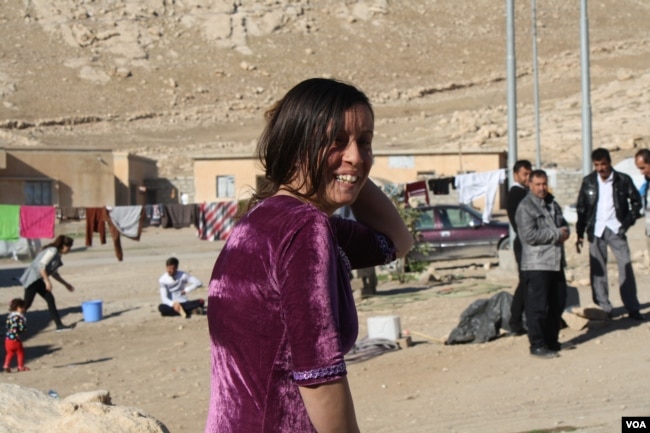 Khalifa, after telling VOA about her year in Islamic State captivity, hurries off to visit with friends and family on Nov. 25, 2016, near Dohuk, Kurdistan, Iraq. (H. Murdock/VOA)

The worst part was the force. If any of them wanted me, they would tie my hands and rape me. I was already a prisoner but they always used force. When things weren’t going well for them in battle, they took it out on me.

When IS lost Kobani, I was handcuffed and raped by four men.

When I first got home, after being ransomed by my family with money from the Kurdish government, I was like a dead person. Now I am starting to live, and I am once again Khalifa, and I must speak out. I cannot forget there are still thousands of girls with IS, and this is happening to them every day.

As Yazidi people we want nothing, need nothing and aspire to no dreams other than the release of our girls.

This story was originally published Nov. 28, 2016 on voanews.com