After Islamic State militants took over eastern Mosul, Iraq, they issued a decree: All teachers must report to a school and resume work for the fall semester. And for two-and-a-half years, Nathir Bashir, an Arabic language teacher, followed orders that started out benign and morphed into terror. In Arabic, he tells his story to VOA from a garden in his Mosul home, as mortars fall and gunfire rings through nearby neighborhoods. His account has been edited for clarity.

When Islamic State militants came to Mosul, schools were closed for the summer holiday. Then, a note appeared one Friday on the door of the mosque, saying all teachers were required to report to school.

I wasn’t worried because we thought they were angels at first. They did nothing to civilians; but, after a month or two, they started to give orders, like saying women could not go out without their husband or brother.

When the militants started killing Christians and Yazidis and stealing people’s homes, we knew they were terrorists. 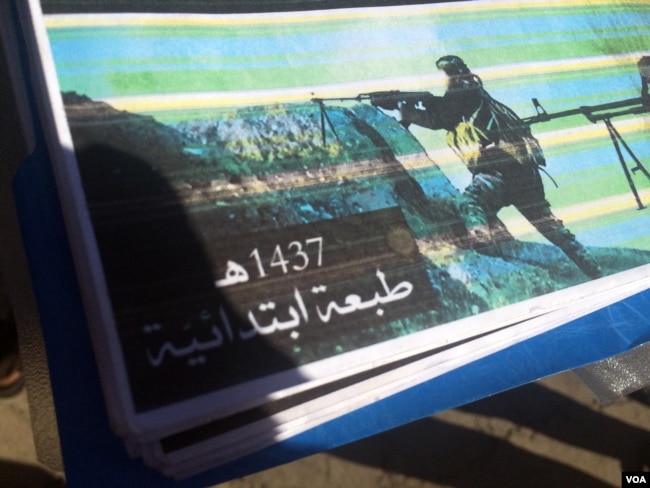 They told us we needed to write down our names, where we were teaching last semester, and the name of the school closest to our house. Kurdish peshmerga forces control the area I used to teach in, so I needed to work elsewhere.

Initially, militants didn’t say, “You have to teach for free,” but after a year, the curriculum in the school changed. It became a pro-militant program that glorified violence, as in, “One bomb plus one bomb equals two bombs.”

Other than that, though, the Arabic grammar is the same.

When the curriculum changed and the Baghdad government stopped paying our salaries, the militants said, “You still have to come to work. You have no choice. If any one of you refuses to teach, you will be beaten or your home and valuables will be confiscated.” 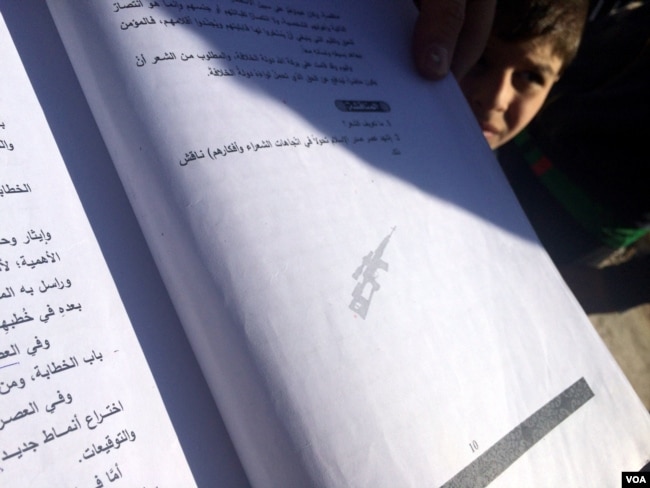 The children of civilians were not forced to go to school or join IS, but the teachers were forced to teach the militants’ way, no matter what they thought personally.

One teacher argued about the new system. She said, “How can we teach this? It’s not for children,” and told her students not to attend classes any more. A child of an IS fighter in her class told his father, and militants approached her.

She argued, “This is not good. It will ruin their childhoods.” They killed her and I heard about it as word spread among the teachers in Mosul. 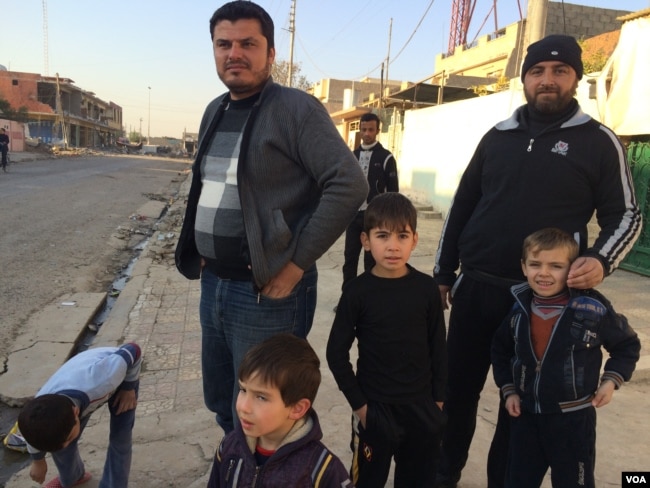 Arabic language teacher Nathir Bashir and his family stand outside their Mosul home as mortars and gunfire can be heard in the next neighborhood in Mosul, Iraq, Nov. 27, 2016. (H. Murdock/VOA)

With hungry families and no end in sight, we decided to protest when the last semester began. We hadn’t been paid in a year, so we agreed to stop teaching.

An IS soldier went from school to school with a sword, saying “Any teacher who doesn’t go to school will have their heads chopped off.”

This story was originally published Nov. 30, 2016 on voanews.com