Iraqi soldiers tear down a sign pointing towards an Islamic State security office where locals were punished with whippings and other beatings, taken on Jan. 19, 2017 in Mosul, Iraq. (H.Murdock/VOA)

During Islamic State’s two-and-a-half-year rule of eastern Mosul, many forms of communication were banned, with rule breakers facing imprisonment or death. Despite the danger, the Internet was still available in some of the city. From his home in Mosul, Bilal Ahmed, 27, tells VOA the story of how he kept his neighborhood online through beatings and threats for nearly two years. He spoke in Arabic and his story is edited for clarity.

I had a small Internet shop. About nine months ago a girl came in and asked me to put the Viber app on her phone. She was fully veiled, but when the militants saw her, they stormed into the shop.

“What are you doing in here alone?” they asked the woman. “A man and a woman who don’t even know each other are alone together?” I was surprised. The door was open. It was practically like we were standing on the street. “I was just helping her put Viber on the phone,” I told them. They took her phone and my ID and told us to both report to their office. 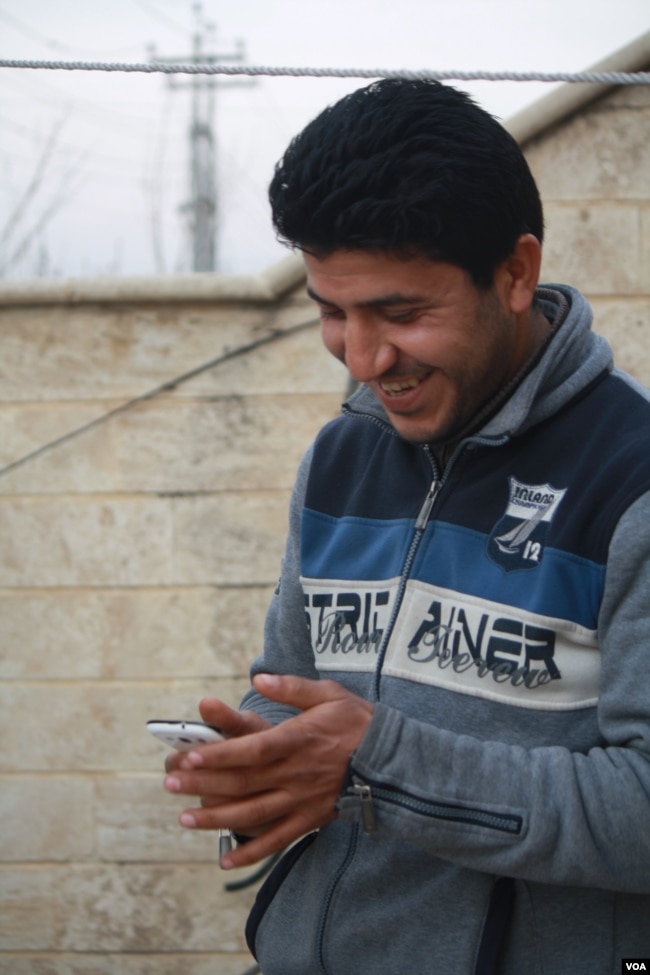 Bilal Ahmed provided internet for his neighborhood for nearly two years under IS, despite threats and beatings for the slightest infractions of their draconian laws on Jan. 21, 2017 in Mosul, Iraq. (H.Murdock/VOA)

When I got there, the Emir sat me down and lectured me for 30 minutes, saying my behavior was immoral.

I don’t actually think what I did was wrong, but if I didn’t apologize I would go to jail. And going to jail was basically the end for many people. Militants would operate their bases in the same houses they held prisoners. When airstrikes hit, prisoners would die in their collapsed cells.

Before they let me go they whipped me 60 times. They whip on the back, on the inside of the thighs and sometimes on the bottom of the feet.

I think maybe 10 percent of the men in Mosul have not been whipped.

Don’t try to imagine what it was like here back then. It was terrifying. But half of Mosul was using the Internet when IS got here, and they didn’t have the capacity to ban everything.

Mobile phone SIM cards and satellites were not allowed, but people did use the Internet to keep in touch with family members that had escaped, even though it was dangerous.

I had been providing Internet for a long time for my job, so IS gave me forms for my customers to fill out. Militants told me, “If they do anything bad, you are responsible.” A colleague of mine had a customer who was caught talking online to someone in the Iraqi army. The customer was executed.

My colleague, the Internet provider, spent a month in jail. He was tortured and beaten every day. “They wanted me to confess to being aware of the guy’s conversations,” he told me.

I had 250 customers at the time, which was too many to monitor, but I didn’t sell to anyone I didn’t already know. Many other people were too scared to sign up because they had to give their IDs to IS to get online. If IS accused you of breaking their rules, they could kill you like it was nothing. 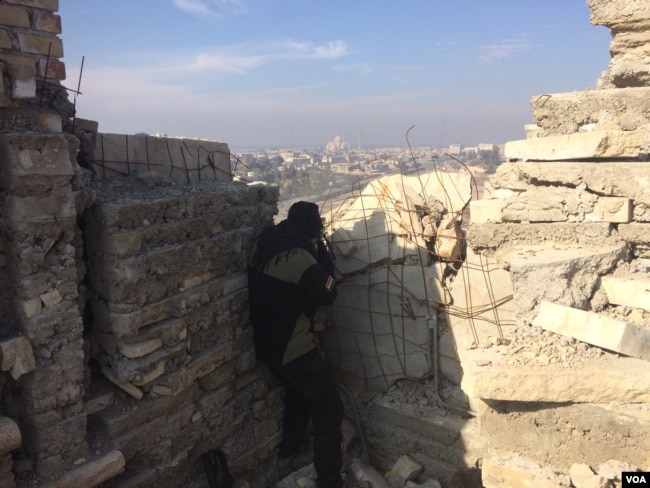 As Iraqi forces close in on capturing all of eastern Mosul, Iraqi snipers guard urban areas as IS militants continue to send mortars and gunfire into civilian areas, taken on Jan. 19, 2017 in Mosul, Iraq. (H.Murdock/VOA)

Militants were always on the lookout for anyone who was communicating with the Iraqi Army. But there were other things. For example, if you were caught talking to a woman who was not your mother or wife on Facebook, you could be whipped. Even if she was your cousin.

It was only the first time they searched my house that they broke down my door. They searched under carpets, in the refrigerator, everywhere. Later that day I went to their office and asked why they broke into my house.

“We have orders to search every Internet providers’ houses,” a militant told me. I complained about my broken door and windows. “May God help you,” they told me. The other three times they searched my home they didn’t break anything. They just handcuffed me and locked me in their car while they looked.

My customers would use the Internet on their mobile phones, then delete the messages and hide the phones when they were done. There were spies everywhere. Many people didn’t even want their children to know they were communicating with anyone on the outside. They were afraid the children would be heard talking about it on the streets. Honestly, if there were any other job I could do, I wouldn’t have done it. I was scared all the time. Children play in what was once their schoolhouse, and later occupied by IS militants before it was bombed in an airstrike on Jan. 19, 2017 in Mosul Iraq. (H.Murdock/VOA)

But people wanted Internet, especially because we were so otherwise isolated. About six months ago an airstrike hit our Internet tower because it was near an IS base. Since Iraqi forces took back my neighborhood, we’ve been working to get service again. People stop by my house every day, saying “Bilal, when can we get Internet?”

This story was originally published Jan. 22, 2017 on voanews.com