Ali's mother, Iman, and her four children were imprisoned as human shields by IS militants as Iraqi forces attacked, recapturing their area early this year in Mosul, Iraq, on Jan. 27, 2017. (H.Murdock/VOA)

At 14 years old, Ali is a breadwinner and a smoker in an area of Mosul that was recaptured from Islamic State militants by Iraqi forces in early January. Seven months ago, Islamic State militants urged him to join as they bolstered their forces for upcoming battles. In a borrowed house in a part of Mosul no longer under IS control, Ali and his mother, Iman, tell VOA the story of why he could never join the group, no matter how dangerous it was to stay out. Ali and his mom tell their story in Arabic, and it is edited for clarity.

Ali: I was in second grade when IS came here, but I dropped out of school and started working. I bought a wooden cart and helped people move things from place to place for money. At first, they didn’t bother us, but a group calling themselves “Islamic State” killed my father in 2009. My mother would never have let me have anything to do with them.

Mom: They were peaceful when they first arrived because they were busy settling in. Government workers were suddenly unemployed. Other than that, nothing changed. 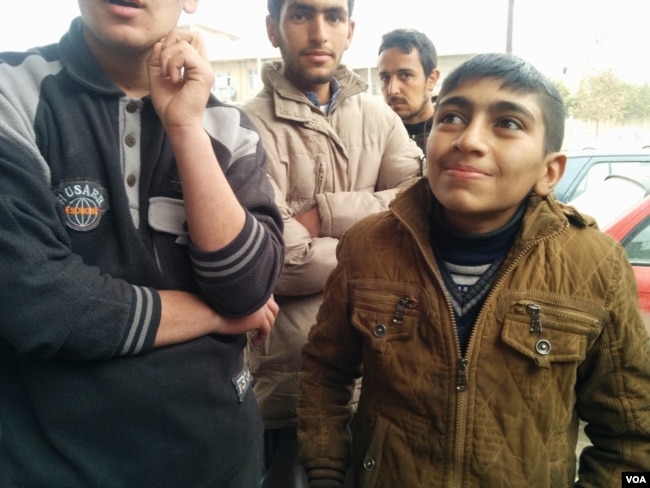 Ali, a 14-year-old breadwinner, told IS militants he couldn’t join because of school, but in reality he had witnessed brutal executions, Jan. 27, 2017, in Mosul Iraq. (H.Murdock/VOA)

A month later they started imposing strange rules. I wasn’t allowed out without a veil and gloves, and I had to be accompanied by a male relative. Ali was the only one who could take me out of the house.

When I sent my 11-year-old daughter, Shamea, out to the grocery store, I thought it was OK for her to wear jeans. An IS militant ordered her back home, saying, “Don’t come out again until you are dressed properly.”

After that, even Dallel, my 7-year-old daughter, refused go out of the house without a black veil on her face. She was scared of the militants. They wore big beards, carried weapons and gave loud orders. I had to buy the smallest size burka and alter it.

After the rules came the violence. It started with blowing up churches. 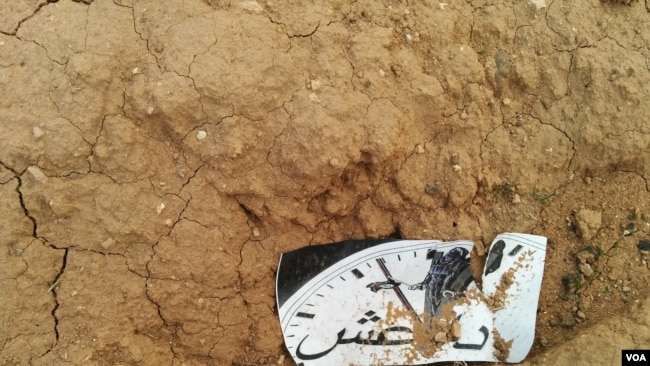 Scattered by Iraqi forces in fields and hung on light posts in Mosul, Iraq, are fliers like this one that depict IS militants’ time coming to an end, using the pejorative term, Daesh to refer to the group, Jan. 21, 2017. (H.Murdock/VOA)

Ali: There were whippings if you were caught outside at prayer time. Then there were killings.

About a year ago we were outside shopping in our neighborhood with my little brother and sisters. A group of cars approached. In the center car we saw two teenage boys and one man in the back, all handcuffed. They were crying.

My sisters saw they were wearing orange prison jumpers and ran inside the house. IS militants told the rest of us, “Come and be witnesses.” We followed them to the nearby mosque. We heard the three were caught talking to people on the internet that they were not allowed to talk to. 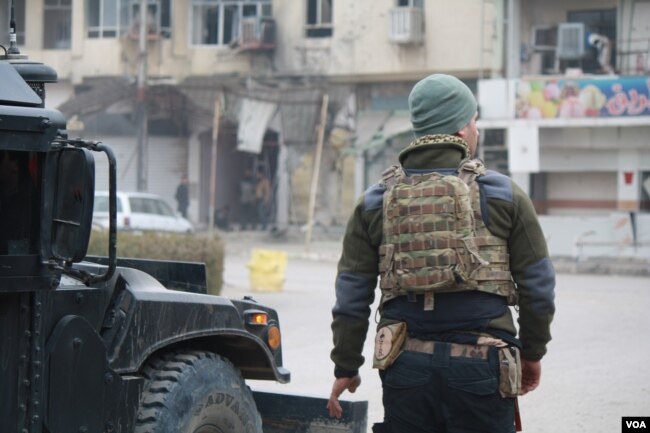 Iraqi forces guard civilian areas after capturing the eastern part of the city, but mortars continue to fall in areas close to the Tigris river in Mosul, Iraq, Jan. 23, 2017. (H.Murdock/VOA)

Mom: As militants took them out of the car, one of the boys shouted, “Please, please, I swear I’ll do whatever you want. Please don’t kill me. I didn’t do anything wrong!”

Ali: The militants made them all kneel and pushed their heads on blocks. The three thrashed around, while IS militants ordered them to be still. Militants kicked them and pulled out their swords.

“God is Great!” shouted one militant. I turned my face away. When I looked back, the three heads were on the ground. “If anyone doesn’t obey God’s laws, this is what will happen to them,” the militant said. But he was wrong. He didn’t mean God’s laws. He meant IS rules.

Then militants shot the severed heads with their guns. IS calls this a “mercy bullet” because it is less painful to die with a bullet to the head than any other way.

The bodies were then thrown in sacks and loaded in a car. The heads remained at the mosque for days as a warning to the rest of us.

Mom: It was hard for us because three IS militants lived in our building with their families. They interfered with our lives in strange ways, like ordering the children not to say “bye” in English because, they said it was a sin. I didn’t talk to the wives and I didn’t let my children play with their children.

But when the militants asked me to let Ali join IS, I had to lie. I told them he was busy in school and could not join. Men like that killed my husband. I will never forget this.

Ali: They also asked me if I wanted to join while I was walking up the stairs one day with my friends in our apartment building about seven months ago. “Hey guys,” the man said in a friendly way. “How are you?”

“Why don’t you join us,” he asked me. “We will give you money. You will have a good life and if you die you will be blessed with 70 virgins in heaven.”

I no longer work moving things because my cart was destroyed by mortar fire. But I sell water and snacks with my uncle. It’s actually a better job.

This story was originally published Jan. 28, 2017 on voanews.com