American students are stepping up and speaking out against the limits of a two-party system, student loans, marijuana laws, immigration and gun control. In Kansas, six high-school students are taking it a step further: They are running for governor.

And it’s no joke.

Kansas state law does not have a minimum age requirement to run for governor. Over the past year, six native Kansan teens declared their candidacy. And these teenagers are grounded, motivated, realistic, and ready for change.

Of course, there are a number of adult, seasoned politicians running for governor. A state senator and state representative are among the handful of Democrats competing in the August primary. On the Republican side, incumbent Jeff Colyer, who took office when former governor Sam Brownback was appointed Ambassador-at-Large for International Religious Freedom by President Donald Trump, will run to serve a full term. Secretary of State Kris Kobach is widely seen as the front-runner in the race.

But the teenage candidates, who make up roughly one-third of all the candidates running in the primaries, are fighting against party leadership to uplift the voice of the generation.

Listen to what they have to say here.

The first teenager to announce his run, Jack Bergeson is the only Democrat running for governor in the historically Red State. Bergeson says he wants to represent young liberals in the state who have previously felt unrepresented.

“I may be too young to vote, but I am not too young to see the problems in Kansas that the government should be, but is not, working to fix.”

Aaron Coleman is the only independent of the six teenage candidates, and he says he believes that neither Democrats nor Republicans fully represent him. He wanted to run as an independent to give Kansans a choice other than “the lesser of two evils.”

“This constant state of war is bankrupting our nation. We need peace not further war.”

Ethan Randleas, a freshman at a community college while completing his senior year in high school, became interested in the Libertarian party’s mission a few years ago. Since then, he says he’s been motivated to introduce a new generation to the party’s core principle of non-aggression.

A “Republican for the next generation,” Ruzich separates himself from other Republicans in the race by noting his education in the public school system and support of moderate tax increases.

“My focus is on improving the lives of all our citizens from our cities to our rural communities.”

A senior at Rockhurst High School in Kansas City, Scavuzzo was first motivated to run for office (thinking he would be eligible for a city council position) when he attended a program for politically-minded young men at a Kansas University.

A sophomore at Rockhurst High School with fellow candidate Scavuzzo, Tutera is the youngest of the six candidates. He argues that his age is not an issue, noting that he feels older, more experienced politicians have not been able to adequately provide for Kansans. 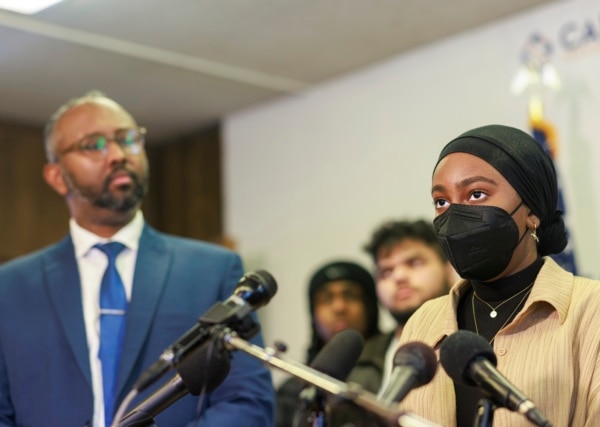 Esha Sarai reports on education and stories of the South Asian diaspora for VOA’s central newsroom.